"What on Earth Had Prompted the Man to Rush Crazily into the Room and Commit Murder?" 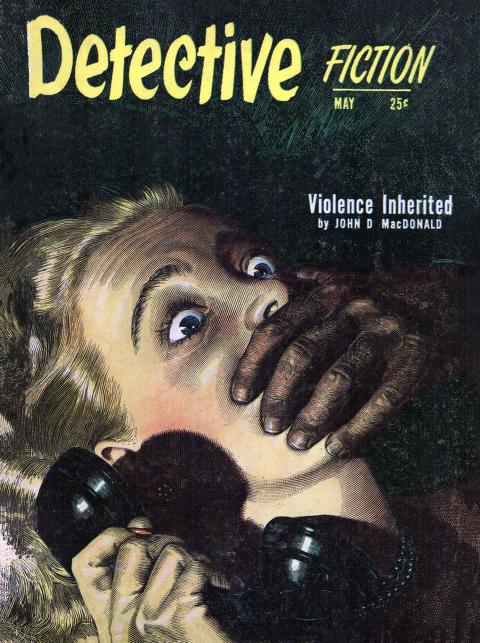 Murphy's Law tells us that, if anything can go wrong, it will; but when Professor Baxter's carefully planned surprise results in an unscripted murder, he knows he won't be able to
blame this one on Murphy—in fact, the law just might pin it on him . . .

Characters:
~ Professor Martin Baxter:
"Who truly knows the channels of the human mind?"
~ Irene Daniels Keller:
"It was murder and Irene was a witness."
~ Frank Hastings:
"It was supposed to be a knife. That scoundrel, Hastings! Intentionally mixing things up. If this is his idea of a joke—"
~ Police Lieutenant Bill Kynder:
"Word-association! There's nothing to it."
~ Ruth Glover:
"Men are not allowed above the first floor, but the girls are permitted to entertain dates in a small and, I must say, quite dimly lighted parlor off the lobby. Miss Daniels had a man in there last night."
~ Dean Wicksley:
"The ramp was high and George's head was crushed."
~ Calvert Wallace:
". . . who used to teach dramatics here until a few months ago."
~ Robbie Keller:
"I'm an insurance salesman."
~ Mr. Andersen:
"[His] strong right hand was holding aloft a soggy sponge, bent upon destroying the words forever."

Comments: Have you ever watched a TV show in which a crime occurs in a classroom full of unsuspecting students, a "crime" that's been preplanned as a demonstration and is sup-posed to harm no one, but somehow it goes wrong? We can't be sure, but our story might be one of the first, if not the first, to do so. The word association test, usually badly handled in detective fiction, is used in a fairly intelligent way here. However, the Lieutenant could be right: "The D.A. will have my scalp."

Resources:
- Just about every one of Richard Edwin Glendenning, Jr.'s FictionMags Index list stories is hardboiled tecfic, making today's story different from his usual output: "Author, editor. Born in Elizabeth, New Jersey." You may recall that he was also responsible for "The Light Finger-ed Santa" (HERE).
- One of the characters says, "I never liked the story of John Alden, either"; see (HERE) for what he meant. 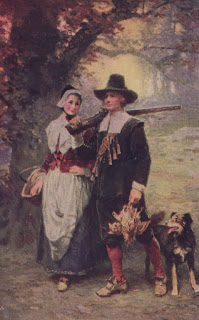