"It Had Details of a Considerable and Baffling Interest"

EDITOR ELLERY QUEEN asserts in his introduction to the following story that it deals with "the one and only 'tec topic that is, with a capital letter, Unmentionable—especially in the sanctum sanctorum of EQMM . . ." 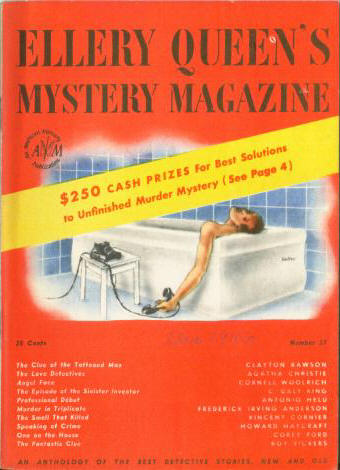 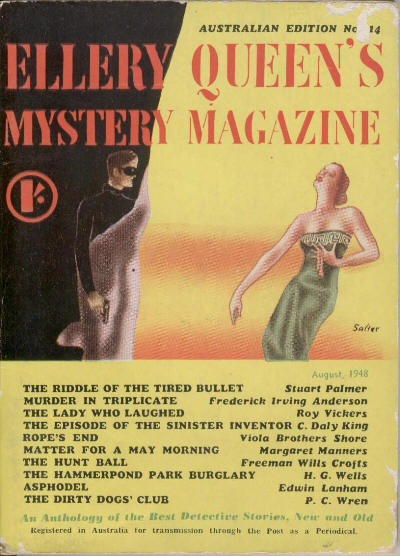 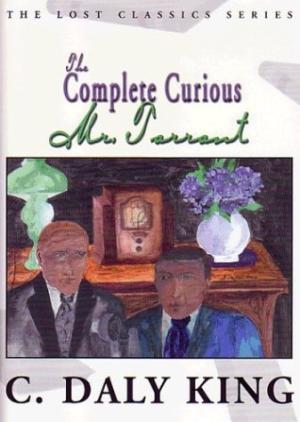 "The matter has been merely the impersonal one of drawing the required deductions and following them to their only logical conclusion."

A Sherlock Holmes rival in more ways than one . . .

Characters:
~ Jerry:
"I am thus in no mood to deal with Tarrant punctiliously and I propose to inform the public of his somewhat toplofty attitude in the matter of the inventor's sinister story."
~ Josephine Studd:
"She was shot through the stomach and left to die alone in an empty house."
~ James Templeton Rowrer:
"It was in his house that the woman was killed . . ."
~ Inspector Peake:
". . . it appears that we are entirely unable to break down his alibi . . ."
~ Trevis Tarrant:
"I suppose there is a large excavation to one side of the Rowrer house?"

Resources:
- We have dealt with Charles Daly King, Ph.D., several times before (HERE, HERE, and HERE); also consult Mystery*File (HERE), Vintage Pop Fictions (HERE), and Michael Grost's Guide (HERE), the last of which we quote in relation to today's story:

". . . the main interest here is some of Tarrant's use of deductive reasoning
. . . [which shows him] functioning as an armchair detective . . . The hall
where the murder takes place . . . [is] made the center of logical deduction."