"This Was to Be an Impossible Crime, One That Could Never Conceivably Be Proved on Him or on Any Innocent"

TODAY'S STORY definitely isn't a whodunit (we spend quite a lot of time overhearing the killer's thoughts), although it would be a dilly of a locked room problem for any supersleuth to try to solve; it is, rather, a fine example of "how in the world do we catch 'em?" when they have the advantages our killer enjoys . . . 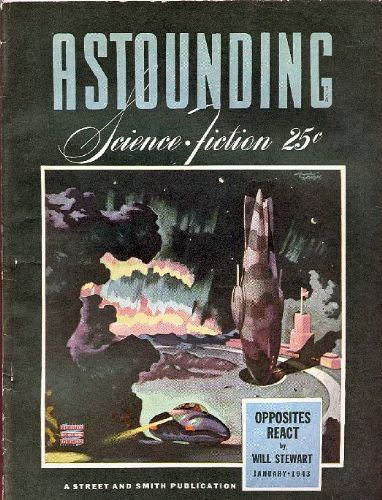 "He felt warm blood trickling down his back. Involuntarily he released his grip . . ."

Some folks have entirely too much time on their hands . . .

Characters:
~ Harrison Partridge:
"My dear Agatha, I have invented the world's first successful time machine."
~ Agatha Partridge:
"I suppose this will run the electric bill up even higher."
~ Faith Preston:
"Simon and I are going to be married next month."
~ Stanley Harrison:
"Bracket tells me you've something for me."
~ Simon Ash:

"Bracket stared at him—stared at his sleep-red eyes, his blood-red hands, and beyond
him at what sat at the desk."
~ Bracket:
"Mr. Ash, sir. What have you done?"
~ Lieutenant Jackson:
"You want a freer investigator, who won't be hampered by such considerations as the official viewpoint, or even the facts of the case. Well, it's your privilege."
~ Fergus O'Breen:
"It's the perfect and only possible solution to a case."
~ Maureen O'Breen:
"But you can't try to sell the police on that."

Typos: "carassed it"; "nothing more to it that that"; "show me how to unlocked this one". 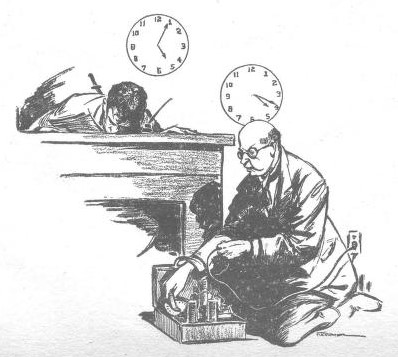 Resources:
- Anthony Boucher was equally at home with SFF (ISFDb HERE) and crime fiction ("The Girl Who Married a Monster" HERE), which explains a story like "Elsewhen."
- We're told that one character "felt like Harun-al-Rashid, and liked the glow of the feeling"; see "One Thousand and One Nights" (Wikipedia HERE), in which al-Rashid plays a part, and (Wikipedia HERE and HERE) for his history and influence on popular culture.
- The murderer fantasizes about having "a Javert, a Porfir, a Maigret on his trail": Javert (HERE) from Les Misérables, Porfir (HERE and scroll down) from Crime and Punishment,
and Maigret (HERE), all of them very determined policemen.
- The Thrilling Detective Website (HERE) tells us that Boucher was "one of the first to write sci-fi/mystery cross-overs," and that "many of Fergus [O'Breen's] cases actually involve fantastic or science-fictional problems"; see the ISFDb (HERE) for the all-too-brief list of O'Breen's short stories and novelettes.