"There Is a Maddening Unarguability about Ellery's Sermons"

"The Adventure of the Dead Cat." 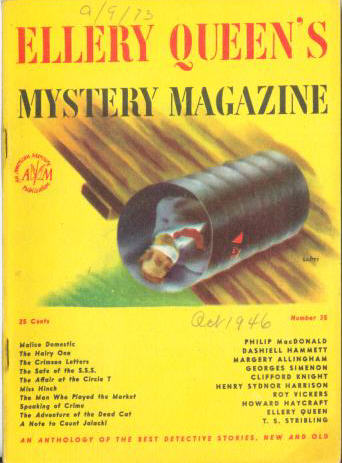 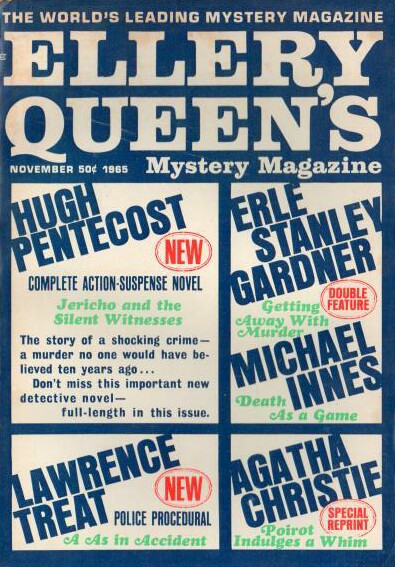 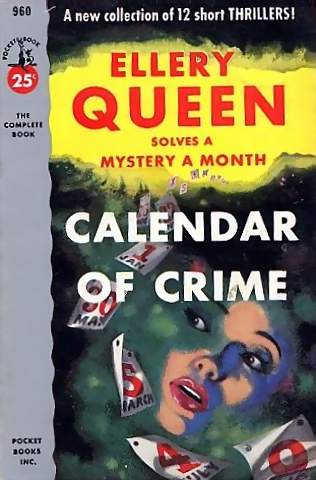 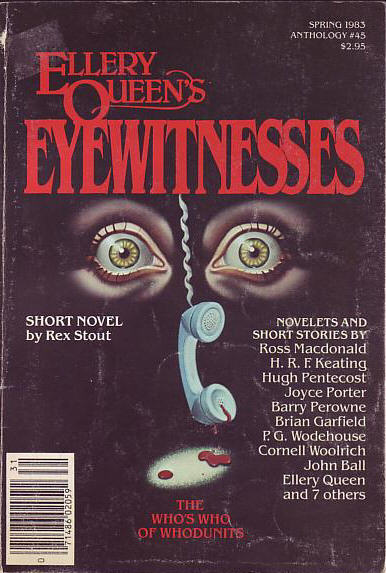 Characters:
~ John Crombie:
"A tenner says I draw the fatal pasteboard."
~ Ann Trent Crombie:
"I warn you, Nikki, I'm hitched to a man who tries to jockey every new female he meets."
~ Lucy Trent:
"You spent four weekends with him."
~ Edith Baxter:
"Don't third-degree me, you detective!"

~ Jerry Baxter:
"I'm the killer type! Gack-gack-gack-gack!"
~ Nikki Porter:
"But I'm running this assassination! Now stop talking, eyes closed."
~ Inspector Queen:
"A man's been knocked off. What I want to know is not who was where when, but — who had it in for this character?"
~ Sergeant Velie:
"'Oh, my,' said Sergeant Velie. He was studying the old gentleman as if he couldn't believe his eyes — or ears."
~ Ellery Queen:
"How did the murderer manage to cross this room in pitch darkness without making any noise?"

Comment: The killer and the motive are revealed in the very last sentence. Neat.

Resources:
- FictionMags has a thorough bibliography of Ellery Queen's short stories; Wikipedia's comprehensive article about EQ is (HERE); and in six installments on his Mysteries, Short and Sweet weblog Christian Henriksson gives his assessments of Queen's collected short narratives commencing (HERE).
- It was last fall when we considered "Mum Is the Word" by the cousins comprising "Ellery Queen" (HERE).