"It Is Absolutely Impossible for Anyone Else to Have Reached Him, Let Alone Shot Him"

IT WOULD BE remiss of us if we didn't impart a little-known fact about today's story, JDC's "The Third Bullet". An entire generation of readers (including yours truly), especially those of us on this side of the Atlantic, were under the impression that the version they read in Ellery Queen's Mystery Magazine (EQMM) back in '48 (or the reprint in '67 or the one they might have seen in The Third Bullet and Other Stories in '54) was the one and only "Third Bullet," when in fact what they'd been reading all those years was an abridgement of a (by all ac-counts) superior 1937 novel that wasn't fully seen again until about 1990 (thanks to Douglas Greene).

In introducing the story, Ellery Queen tells how he accidentally discovered Carr's book and why he wished to publish it ASAP, but he fails to warn the reader about the cuts he has made to make it fit EQMM. Frankly we have no idea what those changes might have been, and we can't imagine how different the story was in its original form or what, if any, useful informa-tion has been lost in the abridgment; therefore, as far as we're concerned, it's a fine enough locked-room problem just as it is . . . 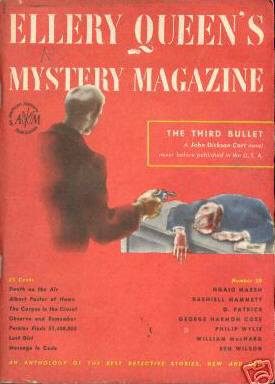 Collected in The Third Bullet and Other Stories (1954; abridged) and Fell and Foul Play (1990; restored version). 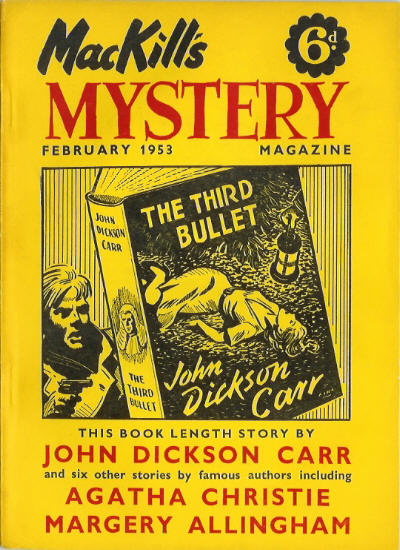 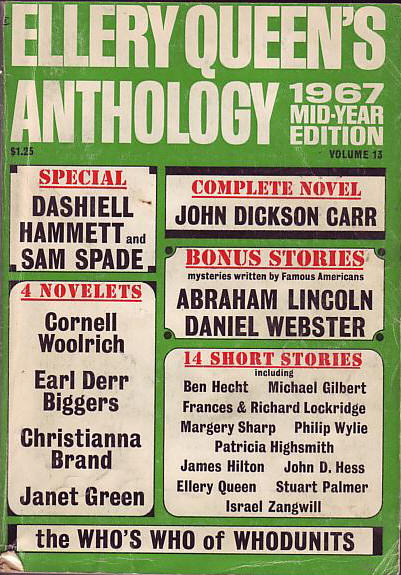 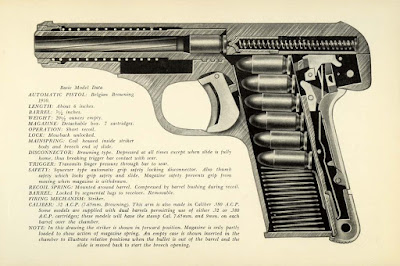 The Mortlake murder case has the police pulling out their hair in frustration (figuratively, of course), with one even willing to resign from the force over it, because, according to all the evidence available to them, the only person who could have done it could not have done it . . .

Characters:
~ Mr. Justice Charles Mortlake, the victim:
". . . the judge was dead, right enough. He had been shot through the heart at fairly close range, and death had been almost instantaneous. One of the bullets had killed him. The other bullet had smashed the glass mouth of the speaking tube hung on the dictaphone, and was embedded in the wall behind him."
~ Colonel Marquis, Assistant Commissioner of Metropolitan Police, elderly but sharp:
". . . leaned back at ease and smoked a cigarette with an air of doing so cynically. Colonel Marquis was a long, stringy man whose thick and wrinkled eyelids gave him a sardonic look not altogether deserved."
~ Inspector John Page, young and sharp, but smitten:
"Sergeant Borden and I practically saw the thing done."
~ Ida Mortlake, one of the victim's daughters:
". . . had a smile capable of loosening Page's judgment."
~ Gabriel White, not an old lag:
"Just as I pulled the trigger, I saw the bullet-hole jump up black in the wall behind him."
~ Sir Andrew Travers, the lawyer:
". . . had a massive head, a massive chest, a blue jowl, and an inscrutable eye."
~ Dr. Gallatin, the police surgeon:
"You don't know much about ballistics, do you? It's not only impossible, it's mad."
~ Robinson, the gate-keeper:
". . . a little man with a veined forehead and a dogged eye . . ."
~ Davies, the butler:
"He fitted; you would have expected him."
~ Carolyn Mortlake, the victim's other daughter:
"There's the gun and you may take it or leave it."
~ Alfred Penney, the clerk:
"Life works by reason and system. You cannot believe that there were three prospective murderers shut up in that room?"
~ Sergeant Borden, no nonsense:
"I'm fair sick of bullets. It's raining bullets. And there's no sense in any of 'em."
~ Sara Samuels, the soon-to-be maid:
". . . was a woman in the late twenties, short, rather plump, and quietly dressed."
~ Clara McCann, the news-agent:
"There's no mistake about it now, like there was when I only saw the photograph."

Typo: "Ivor Johnson" is consistently misspelled; it should be "Iver Johnson". 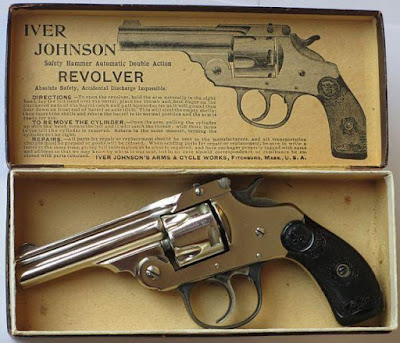 Resources:
- John Dickson Carr was always meticulous in peppering his stories with plausible elements to establish the setting; here are some background details in service of his story: cat-o'-nine tails (HERE), Wormwood Scrubs (HERE), Lyons' teashops (definitely important in setting up an alibi; HERE), and the real-life William Henry Kennedy case (HERE and HERE).