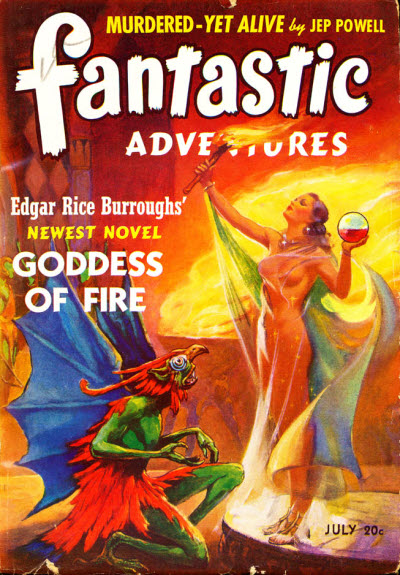 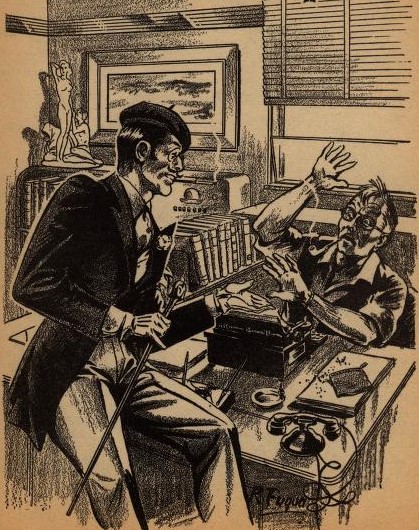 "They deliberately went to work to create such a horrible mess that a genius couldn't unsnarl it!"

Some authors fall in love with their characters, but here we have one scribe who is in real danger of having his brain children awarding him a life-time pass to the hoosegow, if they don't give him a heart attack first . . .

Chapter I: "Flash. A report has just come into the station, but is as yet unverified. It is believed that the fabulous Coanor Diamond has been stolen!"
Chapter II: "Pierre, the Personable Parisian"
Chapter III: "The Terrible Three"
Chapter IV: "Lady Ashington Complicates Matters"
Chapter V: "Where Is Lady Ashington?"
Chapter VI: "The Stranger Again" 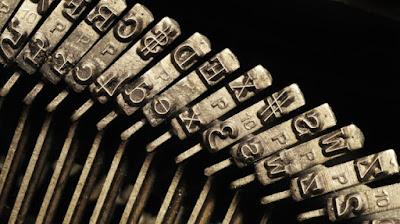 Characters:
~ Danny, the narrator:
"A moment passed while I considered the possibility that I had gone stark raving mad . . ."
~ Terrence Titwillow, "the fellow who wrote all those spine-chilling mystery yarns":
". . . they said that my plots were growing more and more silly with every succeeding novel."
~ Pierre, "the Personable Parisian":
"I saw him and thought instantly that I was in the throes of a staggering hangover."
~ Snodbury Snipe, "the super-sleuth of society":
"He says that he can offer his valuable sleuthing abilities to the local constabulary and solve the thing in more than record time. He says he's merely waiting until the moment when they are completely stymied. Then he will step into the mystery, very dramatically . . ."
~ Lady Ashington, "the eccentric dowager fence":
". . . she was there, gloriously drunk and peering owlishly down at me through her lorgnette."
~ The stranger:
"I jumped on him. I hit him in the face. I rolled him down the steps. I called him every name I could think of. I threatened him with murder and mayhem if I ever set eyes on him again. I finally stopped, but only from lack of breath."

Resources:
- The plot gimmick O'Brien uses in the story has been exploited ad nauseum by scribblers, especially those writing for television and the movies (you've probably seen a show using it), and while today's author certainly wasn't the first to make use of it, we're happy to give him, after a slow start, points for making it entertaining. One similar story that springs immediately to mind is Stephen King's "Word Processor of the Gods" (1983), from forty-two years later; unless you've read King's story, you would do well to read "Similar Plotlines" just below the Wikipedia synopsis (HERE; SPOILERS), which gives a short summary of other analogous stories, although it overlooks "Three Terrible People." 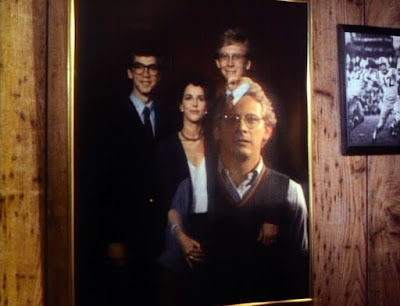