"Let Me Bring You an Aspirin, Sir" 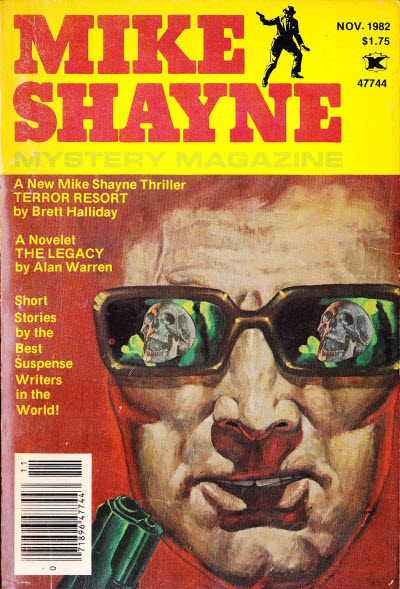 "It started out as an open and shut case. Trouble was, it was entirely too open!"

Just how credible is a dying message, anyway? "On the floor was a vital clue: a thin line of blood trailed from the dead man's outstretched finger, forming a wavering—but quite clear—indictment of his killer."

Characters:
~ Floyd Burbank:
"Beside one of the tables was a portly, middle-aged man with a Sterling silver letter opener jutting from his back."
~ Detective Sergeant Barton Rimble:
"Now you say we're dead in the water. What the hell's the problem?"
~ Detective Calvin Cupflutter:
"You'd better see for yourself, sir. We have what you might call . . . a complication."

Resources:
- According to FictionMags, beginning in 1980 Terry Black's (HERE) first eight sales were to the Mike Shayne Mystery Magazine, with today's story being the third; he's also had nine stories published in Alfred Hitchcock's, and well over a dozen of an SFF-nal nature (HERE), several of which feature his series character, Johnny Quantum.
- Other ONTOS articles about the perfect crime include "He Didn't Bother to Look Too Carefully When He Didn't See It" (HERE), "I Heard Him Scream, and I Spun Round, and
He Was Squirming Across the Guard Rail" (HERE), and "Amateur Night for the Perfect
Crime" (HERE). 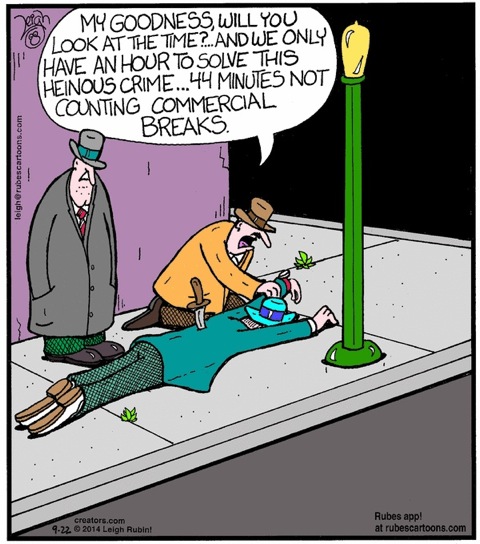