"Are You Thinking You Might Find the Answer in the Stars, Dr. Feather?"

THE READERS of Popular Detective in the 1930s seem to have regarded Ray Cummings's series about brainy Dr. Feather (the scientific sleuth extraordinaire) and hardy Kit (his daughter with whom it is best not to mess) as a congenial mix of cerebration and hard-
boiled action. Below is the 16th Dr. Feather adventure, in which a malefactor gets . . . 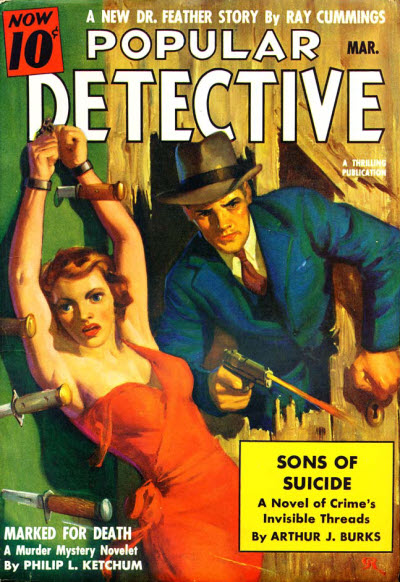 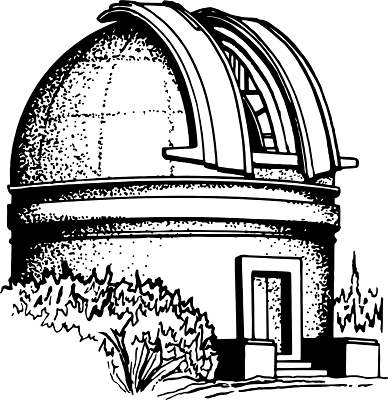 "An Alibi is Smashed as the Stars Look Down and Spell a Murderer's Guilt."

This case proves that scientists are human, too . . . unfortunately . . .

". . . the well known, aged amateur astronomer, discoverer of Clyde’s Comet some
twenty years before, had been murdered."
~ Sergeant Dolan:
"He’s lyin’ in his observatory right by the telescope, they say."
~ Murray Porter:
"Yes, he's dead, shot through the head."
~ Kit:
"He could have been sitting at this finder eye-piece when he was shot."
~ Conway Nash:
"Good Lord, a thing like this to happen to us."
~ Judith Porter:
". . . gave a little cry of terror . . ."
~ Jelks:
". . . the grey-haired, smallish butler . . ."
~ Dr. Feather:
"You asked me if I was reading the answer to this in the stars. Well, that implies
astrology, Sergeant. But this was the cold, hard mathematical facts of astronomy." 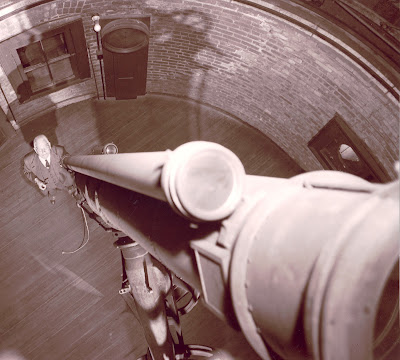 Resources:
- "A new planet, a planetoid, a new little world encircling our Sun, out between Mars and Jupiter. Good gracious, if you could appreciate the importance of such a discovery!":
That's where most planetoids (i.e., "minor planets") are found. "Historically, the terms
asteroid, minor planet, and planetoid have been more or less synonymous. This termi-
nology has become more complicated by the discovery of numerous minor planets
beyond the orbit of Jupiter, especially trans-Neptunian objects that are generally not considered asteroids." (Wikipedia HERE).
- "a cablegram he was planning to send tomorrow to the Royal Astronomical Society": "The society was founded in 1820 as the Astronomical Society of London to support astronomical research. At that time, most members were 'gentleman astronomers' rather than profession-als." (Wikipedia HERE).