"That's Why I Killed Them" 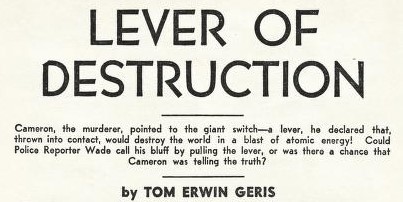 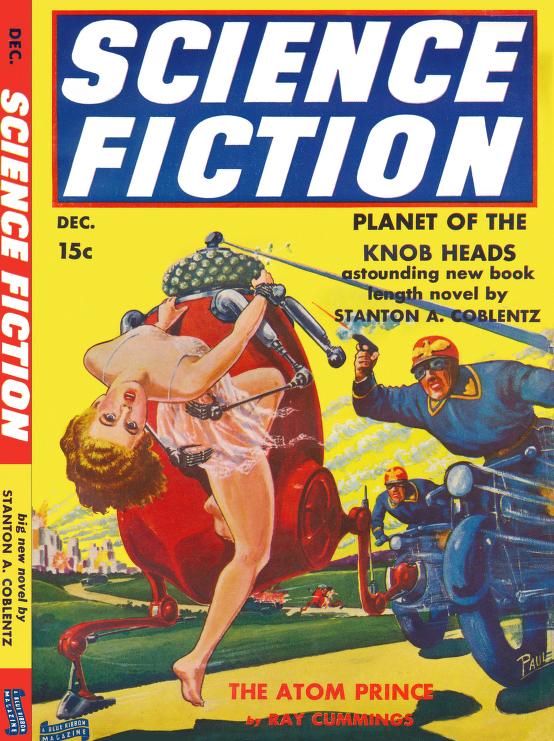 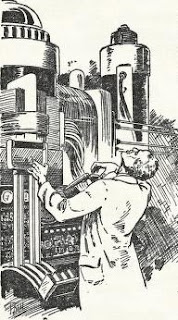 "He gave me a hard, suspicious look, like a jealous mother guarding an only child, perhaps."

Cameron doesn't even try to hide his crime, but, as always in such matters, there's more to the story, much more . . .

". . . collapsed like a pricked balloon. He gave a long, moaning gasp, and fell to the floor
and lay still."
~ Dr. Franklin Cameron:

"He tossed the gun aside, careless of the fact that it contained his fingerprints. Then he went upstairs to the room where Mrs. Ericson was sleeping—there was work ahead of
him yet."
~ Johnny Wade:
". . . drew in his breath sharply. This was page one, right hand column, top line!"
~ Sergeant Byrnes:
"Believe me, he'll get the hot squat for this."
~ Captain Judson:

"I think Cameron is telling the truth. He sure sounded real convincing—and I don't like
the looks of that machine."
~ Mrs. Ericson:
". . . lunged at me and seized the gun out of my hand." 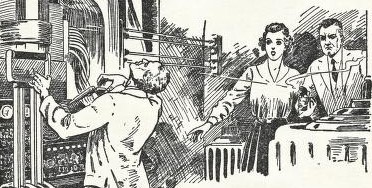 Resources:
- Cameron tells us: "Uranium disintegrates very slowly into radium, and radium disintegrates into lead": He's describing radioactive decay (Wikipedia HERE); he adds: "the disintegration, like that of uranium, is very slow—so slow as to be imperceptible. The thing to find was a means to hasten it," which was the problem that the Manhattan Project scientists faced six years later and ultimately overcame when they developed the first atomic bomb (Wikipedia HERE). The likelihood that a weapon powerful enough to "burn up" the Earth's solid rock structure, as posited in our story ("the whole terrestrial globe would be consumed"), is zero, but one of the project scientists was concerned that the bomb might set the atmosphere on fire; calculations predicted that wasn't possible, and subsequent tests confirmed it. 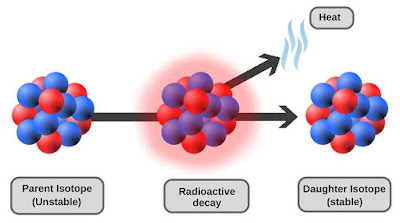 - "It's worthy of Harry Stephen Keeler": Notorious for his outrageous mystery plots. "In his later career, Keeler's fiction and writing style grew increasingly bizarre, often substituting action or plot with laboriously lengthy dialogues and diatribes between characters. These events led his American publisher, Dutton, to drop him in 1942. The next eleven years were difficult for Keeler, as his writing drifted even further beyond the norm . . ." (Wikipedia HERE). 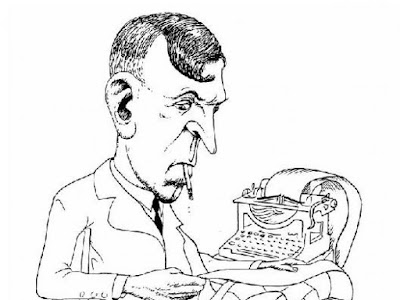 - More about our author, better known for his editorial influence than his fiction, is available
at Wikipedia (HERE), the SFE (HERE), Fancyclopedia (HERE), and the ISFDb (HERE), which thumbnails his career this way:

"As part of the staff of Standard Magazines, Weisinger edited Thrilling Wonder Stories (1936-1941), Startling Stories (1938-1941), Captain Future (1940-1941). He served as a sergeant in World War II. After the war he became editor in chief of Superman Comics, and also served as story editor
of the Superman television show. Also edited the comics Strange Adventures and Mystery in Space with Julius Schwartz. As editorial director of DC Comics, he brought in a number of writers from the SF field, including Alfred Bester, Otto Binder, H. L. Gold, Edmond Hamilton, and Manly Wade Wellman."