"Of All the Cases He Had Ever Handled, This Was to Prove the Most Baffling of Them All"

WHILE OUR AUTHOR isn't nearly as clever as he thinks he is, at least he has given us an entertaining story . . . 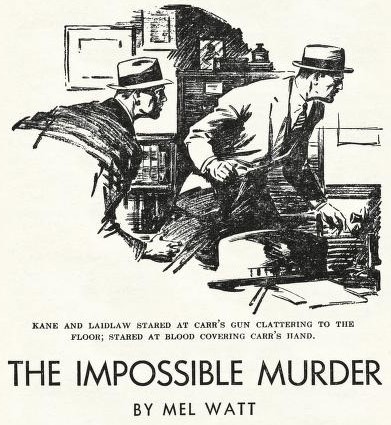 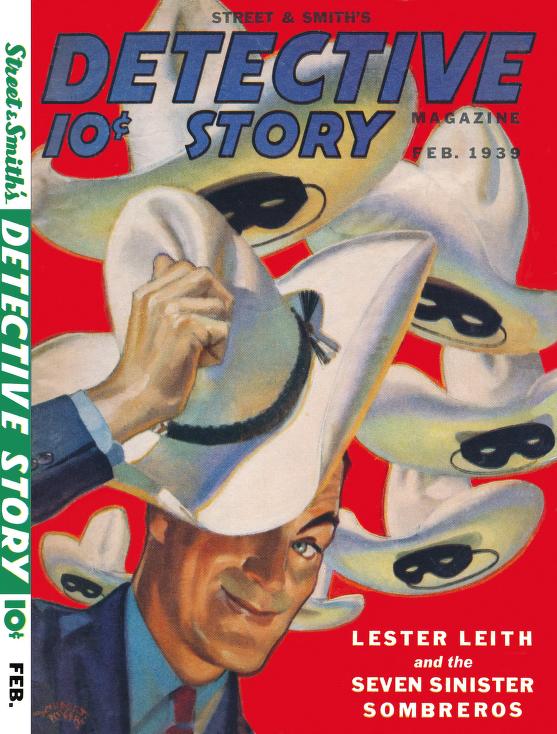 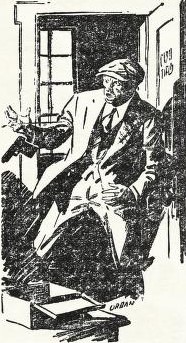 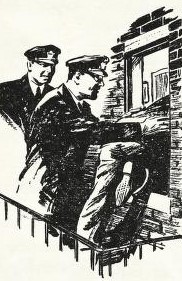 "In a word, inspector, give me a murderer with a flair for his work!"

"Most murders," we're told, "are commonplace, as far as detection goes; a good many of them even stupid"; for our amateur sleuth, however, the abrupt demise of the kingpin of District 5 will be the exception that proves the rule . . .

Characters:
The law in District 5:
~ Kirby Kane:
"Unburden your troubled soul, inspector."
~ Inspector Laidlaw:
"If I read it in a book, I wouldn't believe it. But, so help me, it's happened!"
~ Leahy, Connors, and several other cops:
". . . heard the scrape of a key and the sound of a bolt as it was yanked back. Then the door flew open . . ."
The boss of District 5:
~ Con Tierney:
". . . had a corkscrew mind, a constant grin with just the hint of a sneer back of it . . ."
Innocent bystanders, all except one:
~ Henry Dodd:
". . . a man of fifty, looked old before his time. At the moment, the deep furrows of worry were overlaid by the look of a sick dog."
~ Peewee Carr:
". . . was a curious little fellow, not much over five feet and scrawny into the bargain. His thin mouth turned down sharply at the corners in a sourish humorous expression."
~ Mark Caswell:
". . . you had the notion that behind his pleasant smile and amused eyes lay something quite deadly."
~ Nora Caswell:
"Pretty, little, trusting Nora, who mistook infatuation for love."
~ "Beau" Broderick:
". . . a smooth little weasel dressed like a tailor's dummy."

Cultural References:
~ "Just like the crowd collecting again around the Bastille": Any patriotic Frenchman can tell you all about it.

"[The Bastille] played an important role in the internal conflicts of
France and for most of its history was used as a state prison by the
kings of France. It was stormed by a crowd on 14 July 1789, in the
French Revolution, becoming an important symbol for the French
Republican movement. It was later demolished and replaced by
the Place de la Bastille." (Wikipedia HERE). 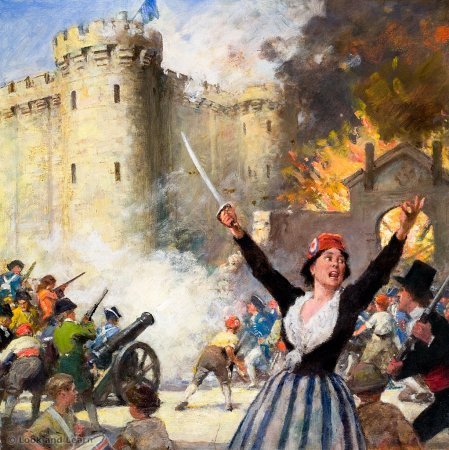 "Some accounts of Louis's beheading indicate that the blade did not sever his neck entirely the first time. There are also accounts of a blood-curdling scream issuing from Louis after the blade fell but this is unlikely, since the blade severed Louis's spine. The executioner, Charles Henri Sanson, testi-
fied that the former king had bravely met his fate." (Wikipedia HERE). 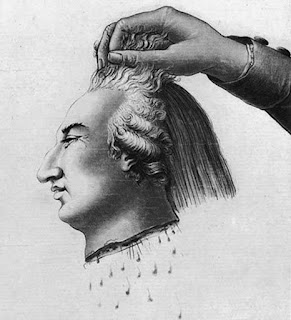 ~ "the Napoleon complex": It could be a misnomer.

"The Napoleon complex is named after Emperor Napoleon I of France. Common folklore Napoleon supposes that Napoleon compensated for his lack of height by seeking power, war, and conquest. This view was fostered and encouraged by the British, who waged a propaganda campaign to diminish their enemy in print and art, during his life and after his death. In 1803, he was mocked in British newspapers as a short-tempered small man. According to some historians, he was actually 5 feet 7 inches tall, an inch or so above
the period's average adult male height, depending on the source chosen.
Other historians assert that he was 5 feet 2 inches because he was measured on a British island 28 years after the French adopted the metric system. Napoleon was often seen with his Imperial Guard, which contributed to the perception of his being short because the Imperial Guards were tall men. Other names for the purported condition include Napoleonic complex, Napoleon syndrome and Short man syndrome." (Wikipedia HERE). 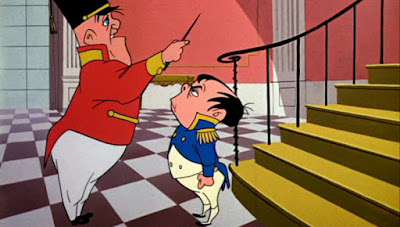