"We May Be Just Dropping Into a Bigger and Better Mousetrap"

BY SOME MIRACLE the six-decade-long Cold War never went hot, but there were plenty
of occasions when it could have, such as the one involving . . . 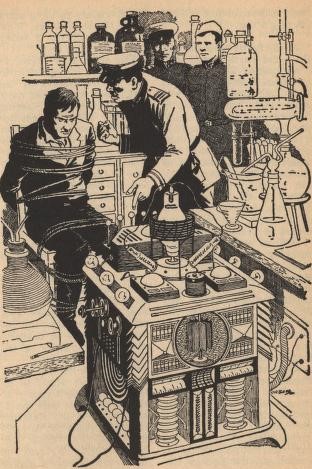 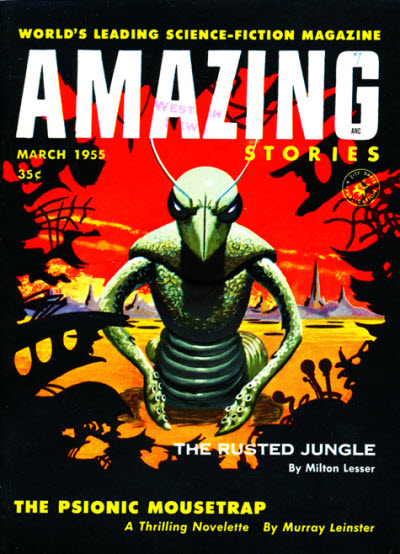 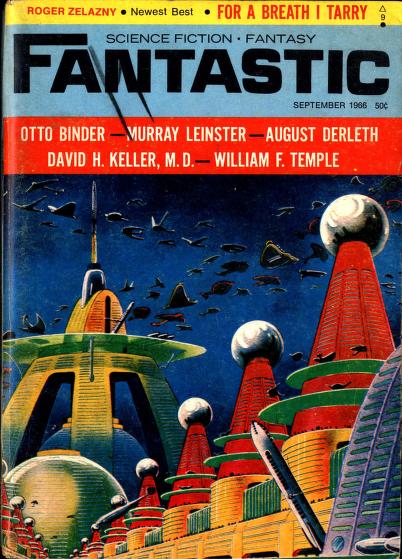 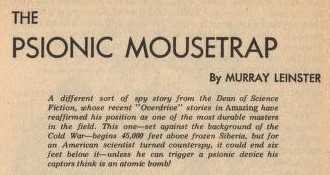 There are times when the best man for the job isn't James Bond . . .

Characters:
~ Gordon:
"This was the place where the Russians expected to win the next war. Gordon had been prepared to learn that it was already won. He'd been sent as a last resort to make them
lose it. That, succinctly, was that."
~ The other man:
". . . grunted and fled into the blackness."
~ The Russian:
". . . we do not study anaesthetics here! Quite the reverse!"
~ Woodbury:
"He had given them psionic principles . . ."

Cultural References:
~ "This part of Siberia": Not a country in itself, but it might as well be.

"Worldwide, Siberia is well known primarily for its long, harsh winters, with a January average of −25 °C (−13 °F), as well as its extensive history of use by Russian and Soviet governments as a place for prisons, labor camps, and internal exile." (Wikipedia HERE). 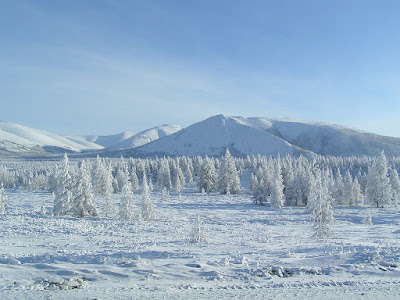 ~ "proximity fuses would make quite sure": One of those secret weapons that helped the Allies win the Second World War.

"With a proximity fuze, the shell or missile need only pass close by the target at some time during its trajectory. The proximity fuze makes the problem simpler than the previous methods." (Wikipedia HERE). 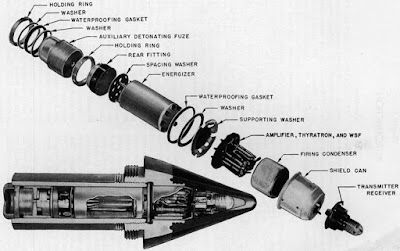 ~ "The science of psionics was bound to make as much difference in human culture—and war—as the discovery of fire or metals": Or so everyone thought at the time.

"In American science fiction of the 1950s and '60s, psionics was a
proposed discipline that applied principles of engineering (especially
electronics) to the study (and employment) of paranormal, or psychic, phenomena, such as telepathy and psychokinesis. The term is a port-
manteau of psi (in the sense of 'psychic phenomena') and the -onics
from electronics. The word 'psionics' began as, and always remained,
a term of art within the science fiction community . . ."
(Wikipedia HERE). 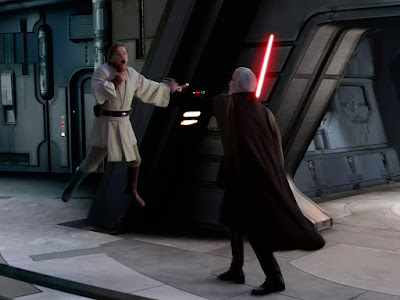 ~ "the sound of piston engines in the sky": Not as common now as they were in the '50s.

~ "and probably a commissariat":

~ "a lack of information at Counter-Intelligence back in Washington": That seems to happen way too often. 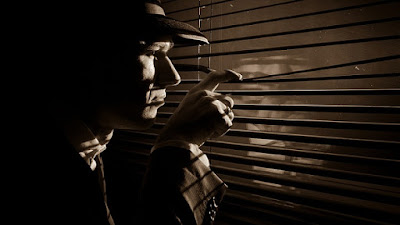 ~ "It could be observing him by infra-red even in the dark": Completely unknown until 1800.

"Infrared radiation (IR), sometimes called infrared light, is electromagnetic radiation (EMR) with wavelengths longer than those of visible light. It is therefore generally invisible to the human eye, although IR at wavelengths
up to 1050 nanometers (nms) from specially pulsed lasers can be seen by humans under certain conditions. IR wavelengths extend from the nominal
red edge of the visible spectrum at 700 nanometers (frequency 430 THz),
to 1 millimeter (300 GHz). Most of the thermal radiation emitted by objects
near room temperature is infrared." (Wikipedia HERE).

~ "the men who kidnapped honest scientists and brainwashed them": Even after all these years there's still some doubt about it.

"Brainwashing (also known as mind control, menticide, coercive persuasion, thought control, thought reform, and re-education) is the concept that the human mind can be altered or controlled by certain psychological techniques. Brainwashing is said to reduce its subject's ability to think critically or inde-
pendently, to allow the introduction of new, unwanted thoughts and ideas
into the subject's mind, as well as to change his or her attitudes, values, and beliefs." (Wikipedia HERE). 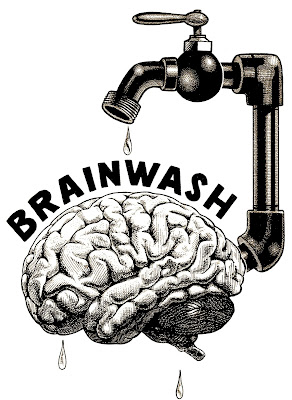 ~ "contrary to dialectical materialism": The "ten commandments," one might say, of the Communist religion.

"Dialectical materialism is a philosophy of science and nature developed in Europe and based on the writings of Karl Marx and Friedrich Engels. . . The formulation of the Soviet version of dialectical and historical materialism
(such as in Stalin's book Dialectical and Historical Materialism) in the 1930s
by Joseph Stalin and his associates, became the official Soviet interpretation of Marxism." (Wikipedia HERE).

~ "behind a copper Moebius strip": It seems to be an obsession with science fiction authors.

"A Möbius strip, band, or loop, also spelled Mobius or Moebius, is a surface with only one side (when embedded in three-dimensional Euclidean space) and only one boundary." (Wikipedia HERE). 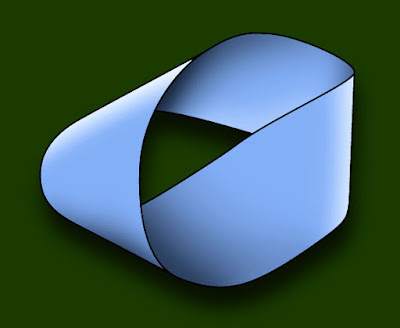 ~ "a device which projects ultrasonic waves in air": Sound itself can be weaponized.

"Ultrasound is sound waves with frequencies higher than the upper audible limit of human hearing. Ultrasound is not different from 'normal' (audible) sound in its physical properties, except that humans cannot hear it. This limit varies from person to person and is approximately 20 kilohertz (20,000 hertz) in healthy young adults. Ultrasound devices operate with frequencies from 20 kHz up to several gigahertz." (Wikipedia HERE; also see HERE).

~ "the members of the Politburo": At the end of the day, they were just sycophantic bureau-crats.

Resources:
- The notion of people possessing special mind powers is an old one in science fiction; we've featured the idea in a couple of previous posts: George O. Smith's "The Undetected" (HERE) and Anne McCaffrey's "Apple" (HERE). Be assured that we will return to psi powers in future articles.
- This past Christmas we highlighted another Cold War thriller, Hayden Howard's "Murder Beneath the Polar Ice" (HERE).
- Murray Leinster (one of his noms de plume, pronounced "lenster") is a legend in SFF
(science fiction-fantasy); we're including links to webpages that might have been up-
dated recently: Wikipedia (HERE), the SFE (HERE), the SFsite (HERE), and the ISFDb
(HERE). 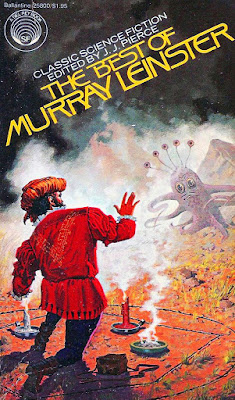