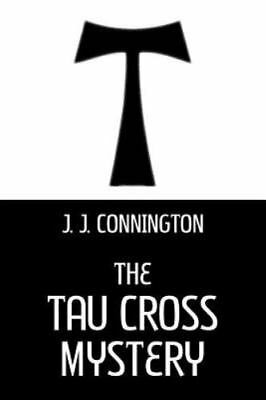 Connington seems to be one of those capable mystery writers history has largely ignored. Following are brief excerpts from various sources:

Gent with unsavory past and gentle recluse shot in English flat. Sir Clinton Wendover [sic] from tiny clues catches killer. - A problem in deduction solved step by step with ubiquitous but elusive criminal—and a bit too much machinery. - Verdict: Staple goods. — THE SATURDAY REVIEW (July 6, 1935)

The mystery is cleverly contrived, with a neat story-line, not too much padding (though I admit the pace isn't electric) and a good solution. — Martin Edwards, DO YOU WRITE UNDER YOUR OWN NAME? (23 December 2011)

Another case for Driffield, with his Watson squire Wendover in tow. Suburban setting offers a nice change of pace. Solidly clued case, with a few surprisingly sympathetic character portraits and a kicker of a last paragraph. — Curt Evans, GAD Wiki

This is a deliciously complex mystery that is also fairly clued—scrupulously so, in fact. Every single piece of the puzzle fits together in the end, in a lovely, logical pattern. Sir Clinton goes over his investigations thoroughly and tosses ideas back and forth with his friend, Squire Wendover. Please don’t let that name fool you—Wendover isn’t an empty-headed sidekick like Agatha Christie’s bland Captain Hastings. He’s intelligent, shrewd, and observant—he notices small details that escape others, and he often manages to partially put together the pieces of the puzzle. Some of the best sections in the book are the sarcasm-laced conversations between Wendover and Sir Clinton, as they poke holes in their theories. — Patrick, AT THE SCENE OF THE CRIME (March 22, 2012)

J. J. Connington has suffered from the unfortunate belief that he was a highly ingenious deviser of puzzles but that his stories lacked any human warmth. . . Yet it is always to Connington's ingenious, carefully thought out and complicated problems that one returns. — Nick Fuller & Mike Grost, GAD Wiki

. . . Chief Constables are mainly shown at their desks [in Golden Age novels], getting reports and assigning men to the investigation. By contrast, Sir Clinton Driffield goes right out to crime scenes, making a full scale investigation. Driffield is especially skilled at discovering evidence at the scene, such as blood stains. He also is good at reconstructing crimes, based on these observations. He is much better at these tasks than any of the local police officers who work for him. — Mike Grost, A GUIDE TO CLASSIC MYSTERY AND DETECTION ("J. J. Connington") 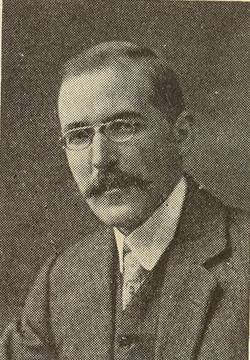 Category: Detective fiction
Posted by Mike Gray at 9:48 AM