The Source for WIELAND 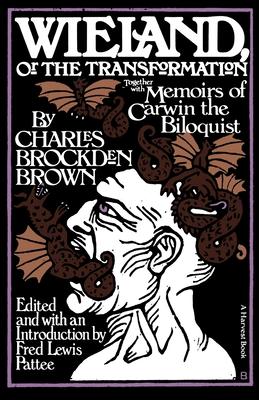 Although it's easy to concede that Brown shamelessly "borrowed", if not outright stole, most of the elements he used in his feverishly overwrought novel, there is evidence that Brown, like Agatha Christie and others, got the inspiration for, if not the major part of, his story from the newspapers.

In 1781, a highly respected individual, a farmer in upstate New York, evidently not given to much emotionalism, upon hearing voices suddenly went berserk and killed most of his family. Brief excerpts:


Brown's own acknowledgment, the citation in the American Review, and the details of the story make it almost impossible to doubt that this "Account" is the original of "Wieland" . . . the progress of Wieland's frenzy is given with detail and sympathy.

This, indeed, is, for Brown, the chief interest of the whole theme. He does create a Godwinian "principal person" who hurts all who come near him with ugly, and often unintended, mischief. But though Carwin "the Biloquist" is the reigning spirit of evil in the book, and actually sets going the train of thought which terminates in Wieland's crime, he does no more than arouse from unsuspected depths a fanaticism already latent in Wieland. The birth and growth of this fanaticism are Brown's own creation; they merely prepare for events of which Brown had heard, and which he wanted to explain in a more scientific way than by ascribing [the real life murderer's] acts, as the pious reporter of the "Account" had done, to the devil. — Carl Van Doren, "Book Notes and Byways: Early American Realism," THE NATION (November 12, 1914)