"He'll Have Quite a Surprise in Store for Him" 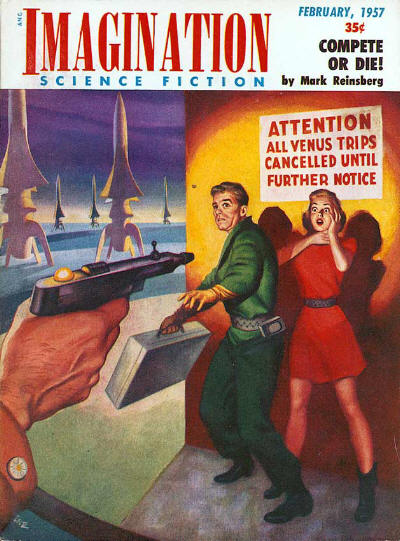 "He walked directly across the well-lighted safety area, and the guards paid not the slightest attention."

It's highly unlikely that a thief ever stops to think that whatever he has set his mind on stealing just might steal him . . .

Characters:
~ Peter Blane:
"She's a real beauty. When will she be finished?"
~ John Mitchell:
"This afternoon. The boys are tightening the last bolts and putting in the final wiring now. The job's just about over, Pete."
~ Dr. Harris:
"An Earthman stepped out, an engineer named Harris who had apparently been making some last-minute adjustments on the ship."

"It was simple to operate; all the pilot had to do was set up the coordinates of his target, turn on the hyperkinetic generator, and press the activator button. The generator itself did the rest. The field enclosed the ship, and instantaneously the ship was a hundred or a thousand light-years away." 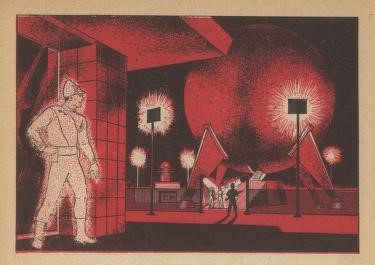 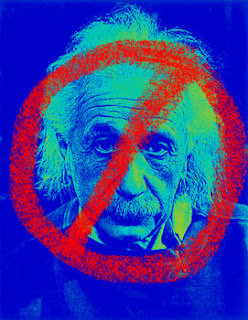