"When His Body Was Found the Diamonds Were Gone" 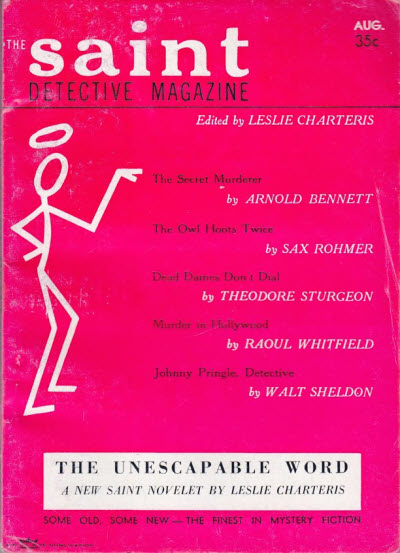 "The famous creator of the infamous Fu Manchu writes a different kind of story—a tale of murder and mystery to hold you in suspense and keep you guessing."

Since there's been a murder in Quarry Lane, you'd think the killer wouldn't hang around for long; overconfidence engendered by the belief that they couldn't possibly be suspected, however, has been the undoing of more than one criminal. Worse for him, the murderer doesn't heed the owl. Like Mary says, "Did you ever hear a barn owl hoot twice? I mean just twice, no more. They'd tell you, where I come from: If ever you do, look out. It means black luck—for somebody . . ."

The unusual suspects:
~ Mary Maguire:
"I sat down beside her—and her eyes regarded me gravely. There was a depth of discern-ment in the gravity of her eyes that I found disturbing. There, in the dimness, I wondered
why had she ventured after me. What did she suspect?"
~ Jim:
"'Are you a deserter, Jim?' she asked softly. 'Yes,' I lied, and looked away."
~ Superintendent Stopes:
"I'm on my way to Quarry Lane, Mr. Larkin, and I just looked in to say how d'you do to Mary. I'm not satisfied with the way the inquiry is going."
~ Martin:
"In many ways, the higher-ups aren't satisfied with the way things are run in this neighbor-hood. Take the murder along in Quarry Lane, for instance. Whoever did it must have known the old man's habits."
~ Edward Larkin:
"Well, Martin, frankly we fear he's been dipping pretty freely into funds raised for charity.
He drinks hard, he's separated from his wife, and he runs another woman over in Minsted."

Resources:
- For die-hard fans of Fu Manchu, our author needs no introduction; for the rest of us, see Wikipedia (HERE) and the Project Gutenberg list (HERE). 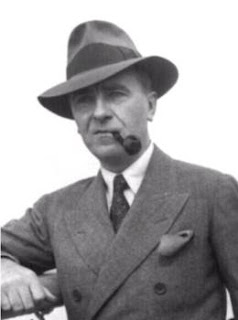