"Can You Also Conceive of How Helpless an Army Is That's Blind?" "You tripped yourself up a dozen different times."

Dr. Schoener's invention is really amazing, with a zowie factor that has the government very interested; it's too bad for Jason, though, that he can be so easily blinded by science . . . 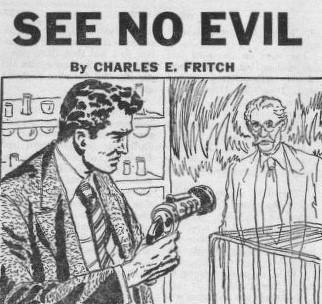