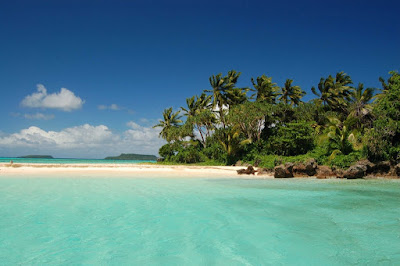 "Then—then—will you marry me, Olga?"

Once upon a time, long before a Gore named Al invented the printing press and a Bush named George gifted us with the letter Dubya, there was an incorrigible Barefoot Boy
with Entirely Too Much Cheek named S. J. Perelman writing for the bee's knees of
humor magazines in the Twenties yclept Judge. Perelman was a good fit for Judge,
with his transgressive, New York-style sense of humor.

So it should come as no surprise that sooner or later Perelman would get around to the
Great Detective, Sherlock Holmes—and bear in mind this was a full decade before Rex
Stout went after Dr. Watson. Coincidence? We think not . . .

------------------------------------------------------------------------------------------------------------------------------------
All Sherlock Holmes fans sat up in bed with a start last Tuesday and rubbed their eyes in amazement as they scanned the morning papers. After their excitement had abated, they awoke whomever else was in bed and all four promptly telephoned the Judge office. From the Battery and the Harlem River Ship Canal, from Follinsbee Road and Pratt Street, from the Boulevard St. Germain, the Friedrichstrasse, and Paddington Heath, haggard-eyed inquiries poured in. Tight-lipped traders on 'Change halted their fevered barter to tensely discuss the astounding revelations. All day long wan operators in the offices of Judge heard the same trembling question drift over the wire: "Is Sherlock Holmes really a woman?" The climax of years of research by Pierre de la Matzos had at last borne fruit. The immortal detective stood forth unmasked at last as a member of the perfumed sex (woman).
Meanwhile, in the midst of all this hubbub, Pierre de la Matzos, the French investigator who had raised this tempest in a tea-pot, sat calmly in the Hotel Hubbub in New York. I pushed my way past his horde of secretaries named Beaumont and Fletcherstein and found him quietly reading in his shirt sleeves.
"Ah, Professor Moriarity, I had expected you," he greeted, looking up from reading the gas-meter. "Pray have a chair."
"No, thank you, I already have one," I replied shortly, taking a folding camp-stool from my brief-case and disposing my lanky-knit tweed form upon it. I felt piqued that he had so easily penetrated my disguise of an Indian major retired on half pay.
"I feel piqued that you have so easily penetrated my disguise of an Indian major retired on half pay," I hinted with just a shadow of pique.
"Elemental, my dear Moriarity, elemental," dismissed de la Matzos, disposing his lanky-knit tweed form on another chair and puffing on his briar. "I knew you were an Indian major directly you refused to have a chair. All Indian majors have chairs. But I say, won't you have a bit of a bloater and a spot of tea?"
"But I haven't even broached the purpose of my visit."
"Yes, yes," waved Matzos wearily. "You want to know whether it's true that Sherlock Holmes is a woman. Sure he is. His name is really Sheila Holmes, and Dr. Watson used to be governess at Inverness for a mess of a man named Fess. They're all women, every one of them. Why even that Herbert Hoover—
did you know he's a graduate of Sweetbriar named Rosa Bonheur and runs a dress shop on the side? They're all women, even me."
"Y-you?" I stammered. "Then—then—will you marry me, Olga?"
"Yes, John," she faltered prettily, blushing like a rose. I took her hands in mine and looked into the mysterious violet pools that were her eyes. Some-
where in the bayou resounded the eerie call of a loon, but we did not pay heed.
Gently I and the woman who had once been Olga Nethersole embraced, our kissers framed in the tangled doorway of the rose-colored cottage. And as the hull of the Maid of Bombay disappeared slowly under the horizon, the fierce chant of the Solomon Islands rang out once more over the virgin wilderness. Tonga-Wonga had found her man. 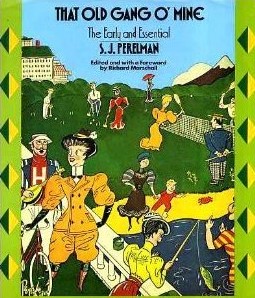 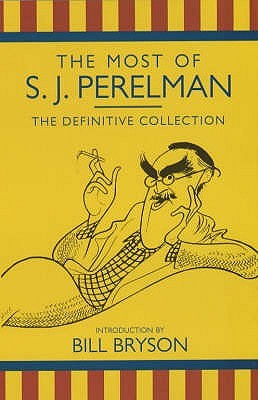 - Finally, we're well aware that Perelman misspelled "Moriarty" as so many do, but we decided to leave it that way. 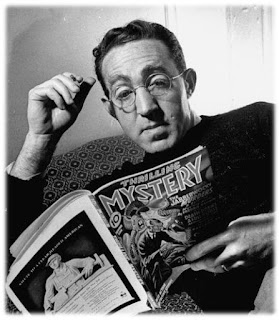