"I S'pose You and Hawkeye Over There Can Solve This Crime" 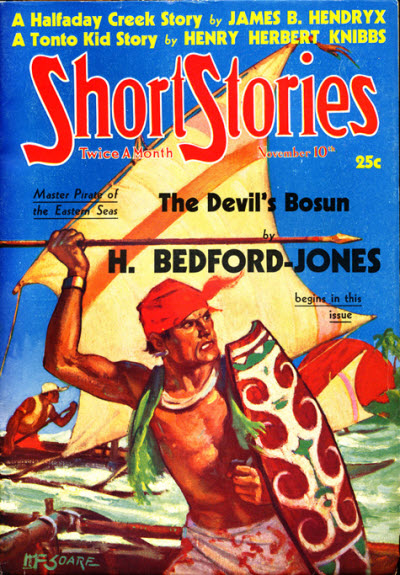 "At that, though, you moughta got away with it, if it hadn't been fur a skift of rain, an' a houn' dawg—an' Danny Simmons."

Dallas metropolitan police investigating a murder claim they've wrapped up the case nice and tight ("Well, boys, what do you think of our city methods now? Scientific, eh? Johnny-at-the-rat-hole, eh? Quick service, eh?"), but a couple of skeptical country cops who've come along for the ride have their own way of solving murders . . .

Characters:
~ John Collum, a man with friends in high places—but even they couldn't save his life:

"Clad in a faded purple bathrobe, the time-worn, emaciated figure lay sprawled on a rug by the gloomy old canopied bed. There had been no struggle. The left temple had been caved in. Only a thin trickle of blood had dried on the craggy cheek-bone. One stiffened hand still clutched a long-stemmed pipe, embers from which had slightly scorched the rug beside
the old man's shoulder."
~ Detective Moffat, with the Dallas police force:
". . . a real city detective out on a murder case!"
~ The lieutenant, pressurized:
". . . the lieutenant had malleted his favorite bald spot on the desk with a knuckly fist and sworn by the wraiths of Nick Carter and Old Sleuth that if this crime was added to the six others unsolved during the past thirty days somebody was going to ketch hell. He had
looked hard at Moffat when he said 'somebody.'"
~ The captain, pressurizer:
". . . whose facial expression backed up everything the lieutenant's malleting fist had conveyed."
~ Speed Smiley, not the world's best driver:
"Nawthin' serious. Bunged shoulder, ankle on the bum, noodle a little woozy. Guess I'll live."
~ Sheriff Bob Forrest, endowed with a dialect unknown to science:
"You know that word 'smart' means a hull lot, or nawthin' Mister. Depends on who's usin' it, an' who he's pastin' it onto."
~ Danny Simmons, Forrest's taciturn deputy:
". . . also wore his badge, and in the crook of his arm nestled a light, high-powered rifle that seemed to belong just there."
~ Perkins, the butler, an import:
"Permit me to say, 'e must be an extraordinarily soft-moving person, quite. Not a sound did I 'ear from 'im while 'e was prowling about and looting the bally safe. It was fair spooky, sir, I assure you."
~ Melissa, the maid:
". . . a buxom, round-faced brunette, had worked in the house before poor dear Mrs. Cullom had died, six years previously. She had taken the evening off to see the pictures, returning shortly after eleven to find Perkins tied. She had gotten a knife from the kitchen and cut him loose somehow."
~ Tiney Stevens, Braley and Smith, Eddie Stalworth:
Assigned to the case.

Typo: "Satnding on the threshold".

"Sticking its steaming prow into the winding drive, the flivver displayed
a new variety of vibrations and abdominal rumblings when its worn tires encountered a brick-flagged roadway. When it stopped, panting and shud-
dering, beside the deep front veranda, Moffat was already on the running board." 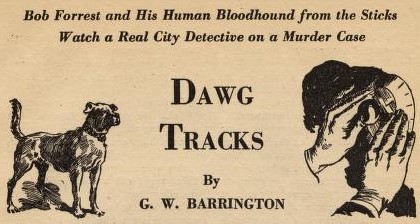