"His Head Was Missing, Neatly Severed from His Body" 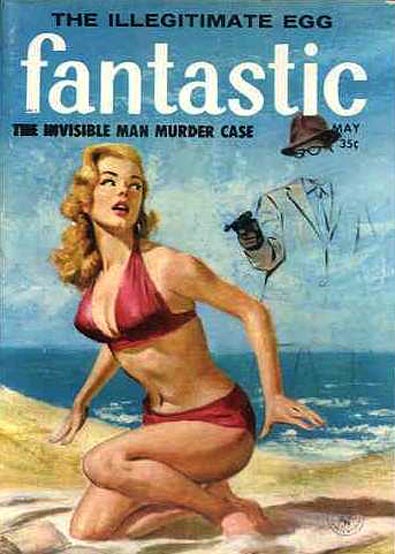 "But Rufe Armlock wasn't interested; he raised the automatic in his hand and tenderly squeezed the trigger. The bullet ripped into her soft white . . ."

Life's full of coincidences, isn't it? Just when a has-been locked room mystery author's career hits the skids, people start dying in impossible situations, thereby generating
enough publicity for him to start preparing for a comeback; but another writer, one specializing in Spillane-style hardboiled private eye novels, doesn't think coincidence
has anything to do with the murders. Unless he's very careful, though, he just might
end up taking that skeptical attitude of his with him—to the morgue . . .

Characters, visible and otherwise:
~ Jeff Oswald:
"For a moment, I was frightened. To tell you the truth, I scare easily. Even the stories
I write sort of scare me sometimes, and the realization that my visitor was a man who
hated me intensely was disturbing."
~ Kirk Evander:
"I've heard quite enough about private detectives, Mr. Oswald. The occupation has
been an excuse for the worst offenses against good taste that I have ever known."
~ Eileen:
". . . thrust me out the door like a cat."
~ Aaron Snow:
"I think you're nuts."
~ Captain Bill Spencer:
"Stick to the facts. I'm not fond of fiction; particularly your kind. All I'm interested
in is murder. Real murder."
~ Borg Evander:
". . . why would anybody want to be invisible?"
~ Douglas Wharton:
"I was being tickled. So help me God, I was being tickled. It was horrible . . ."
~ Greta: Resources:
- The nicely thorough article on Wikipedia (HERE) tells us that Henry Slesar, whose legendary association with Alfred Hitchcock proved lucrative for them both, "wrote hundreds of scripts for television series and soap operas, leading TV Guide to call him 'the writer with the largest audience in America.'" 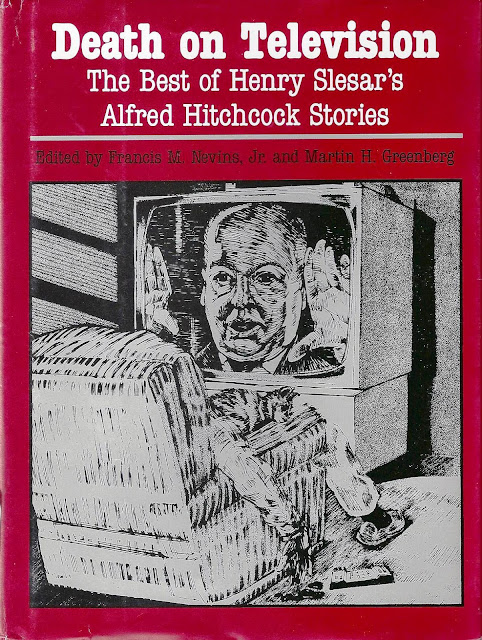 - Slesar was as equally adroit at turning out SFF as he was thrillers; see (HERE) and (HERE). 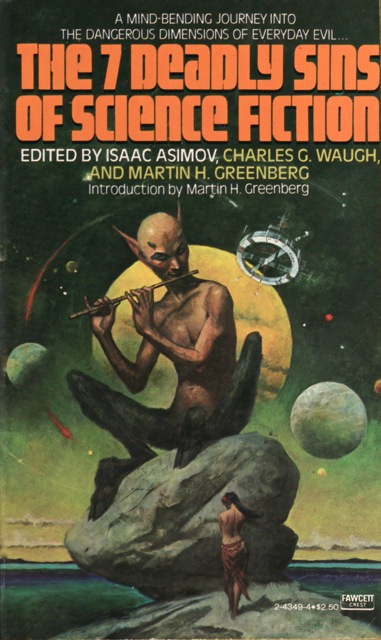 - Considering how prolific he was, it's surprising that we've encountered Slesar only once before (HERE).