"I Sat There Holding the Gun"

THE MULTIPLE VIEWPOINT STORY has its good points and its bad; any tale in whatever genre, including the "mystery," can benefit from such an approach if handled well, but the central problem had better be a darned good one or readers just might find themselves nodding off.

The Japanese film Rashomon (1950; see HERE for its "effect") and a host of imitators have tried to tell a story from multiple viewpoints, presenting events from the limited POVs of various characters, the intention being to enlarge and enhance the significance of plot developments—but that can also be risky; remember the fable of the Blind Men and an Elephant? 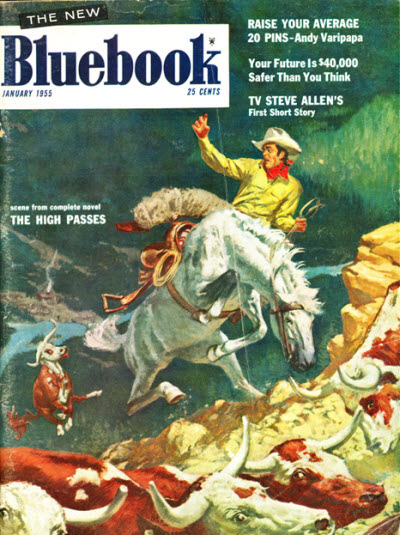 "The tall man with the hypnotic stare came out of the sea carrying six million in cash. Only four people could furnish clues to his mysterious behavior. Here are their stories."

Six million clams can buy quite a lot in the present; the question is, though, is it enough to buy the future . . . 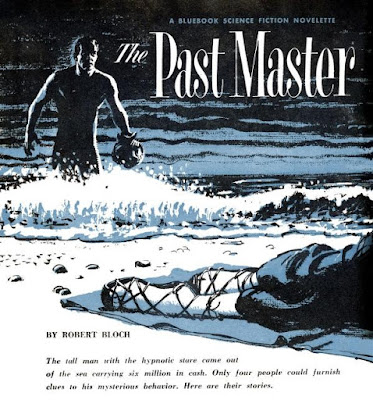 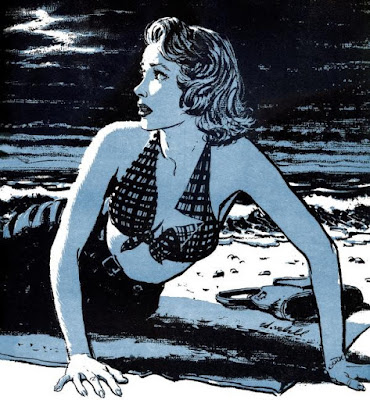 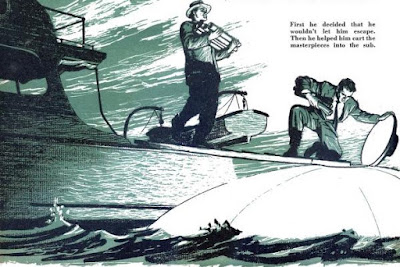 - Several years before Bloch published "The Past Master," Arthur C. Clarke wrote another SFF-nal story with a remarkably similar theme (HERE), which was adapted for live TV back
in the early '50s.