THE OTHER DAY we featured a science fiction story told from multiple points of view;
our next tale, written a half-century before, uses the same technique. Like Robert Bloch, Geraldine Bonner also decided to tell her story using the multiple POV method; we'll
leave it up to you to decide if she made the best use of it.

"The Castlecourt Diamond Case: Being a Compilation of the Statements Made by the Various Participants in This Curious
Case Now, for the First Time, Given to the Public."
By Geraldine Bonner (1863-1930).
First appearance: Ainslee’s Magazine, November 1905. 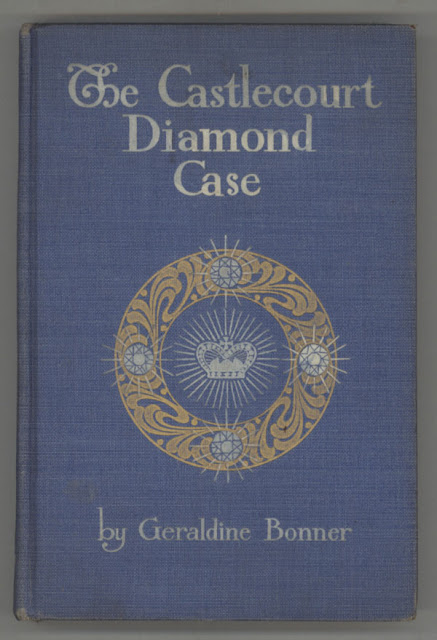 ". . . I don't think any actress ever barred her lover's exit with as much determination and zeal as I barred the exit of that burglar."

In the matter of the stolen Castlecourt diamonds, all one hundred and sixty-two of them,
there was no apparent mystery about who absconded with them, how they did it, and what their intentions were regarding their final disposition; the diamonds themselves, however, seemed destined to follow a different course . . .

Comment: As far as detective fiction is concerned, one of the multiple viewpoint story's virtues is that it eliminates the tedious interviews that tend to make a story drag along,
instead allowing the author to pepper the narrative with self-contained vignettes.

Resources:
- Geraldine Bonner's life and career took her clear across America; see the brief Wikipedia article (HERE).
- A few years back Doug Greene had a review of The Castlecourt Diamonds Case (HERE) reprinted on the Mystery*File website:
"[The book] is indeed charming, and it is made even more so by its brevity — with large type and margins it contains less than 30,000 words, a far cry from many Victorian and Edwardian detective novels, as anyone who has labored through, say, Lawrence Lynch’s novels with their 550 godawful pages will testify."
- The reviewer at The Nation (HERE) from a century ago tells us about Bonner's The Girl at Central (1915):
"The mystery is concealed to the very end, unless the reader is a person of exceptional astuteness, for there is just one passage in the early pages of the book that points to the solution, while there are various false clues, cunningly contrived, that will start the earnest seeker running breathlessly in the wrong direction."
- The lady's maid refers to "the Gunnings"; see the articles (HERE) and (HERE) for more about them. At another point, Handsome Harry the hansom driver is cautioned about being "too much of a Jehu"; see (HERE) for what was meant.

The bottom line: "Living with a conscience is like driving with the brakes on."
— Budd Schulberg 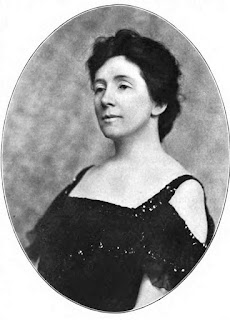