"I'll Be Lucky If, After These Other Cops Get Through Making Out Their Reports, Anybody Knows I Was Even on the Case"

BRINGING BACK FOR YOUR DELECTATION (we hope) another almost forgotten fictional detective whose adventures at one time were a regular fixture in popular magazines, in this case the old Collier's slickzine, mainly throughout the Depression Era and only just over-lapping with the Second World War; inexplicably, O'Malley, a smart police detective who ain't afraid of bad grammar, has faded into the dim mists of time. (There could be many reasons why he's so obscure, but we suspect one of them might have something to do with America's insane copyright laws.) At any rate, here are O'Malley's first two cases:

". . . the water spread out over the uneven, cracked concrete and then gathered into several small puddles and one larger one." 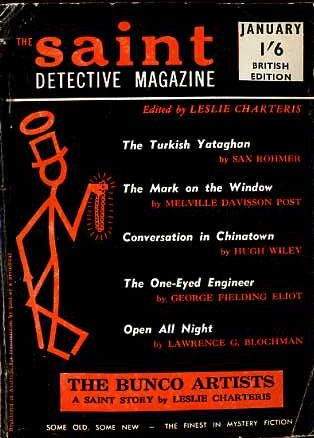 "Meet Detective O'Malley, who will show you how a big-town sleuth actually goes after his man."

Finding a murderer isn't always simply a matter of following his tracks; sometimes a detective has to take other, unlikely things into consideration, such as flecks of paint,
how knots have been tied, and the way water can behave when it's poured on the floor.

"He was found in Manhattan, so we'll start in Brooklyn; if he'd been found in Brooklyn we'd do the other way about." 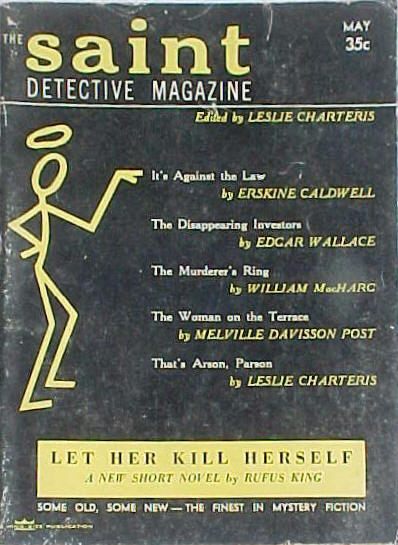 "Wherein Detective O'Malley sets an ingenious trap and tests the truth of that popular saying: 'It pays to advertise.'"

Something as unpromising as a theater ticket stub in a dead man's pocket can prove useful in a murder investigation; for O'Malley, though, that ring is the icing on the cake . . .

Resources:
- The GAD Wiki has more about William Briggs MacHarg (HERE); if the name seems familiar, that's because we featured him along with writing partner Edwin Balmer just last month (HERE). A few years back William F. Deeck gave a concise once-over to the only collection so far of our detective's exploits, The Affairs of O'Malley (1940) (HERE): "Delightful hard-boiled police procedural tales from the ’30s." You can also consult Mike Grost's article on his megasite (HERE): "The brief tales are heavily plot oriented. Some of them have mystery puzzle plots, in others the killer's identity is simply found through police work." A contem-porary reviewer wrote:
"Matter-of-fact New York cop solves thirty-three murders in short order. Crisp, straight-to-the-point short stories briskly written and ably plotted. Verdict: Hors d'oeuvres."
— "The Criminal Record," The Saturday Review, March 2, 1940
If you want a first edition, Yesterday's Gallery & Babylon Revisited has one for a cool grand (HERE). 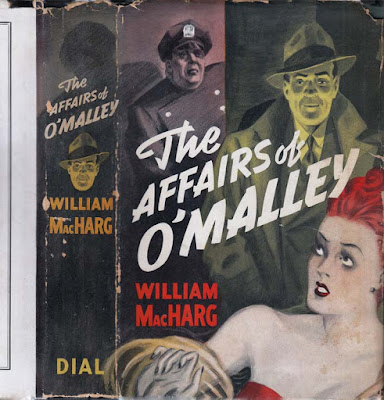