Two Bank Jobs and a Wedding

"His enemy was escaping—and he had a missile in his hand." 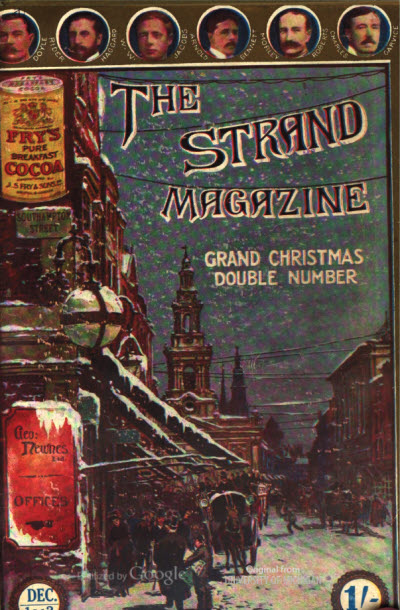 "Unsupported by any visible agency, it appeared to be behaving in flagrant defiance of the law of gravitation."

In contrast to Americans, the English seem to prefer their bank robberies done differently
—you could say, with a certain flair; take that floating bag of gold sovereigns, for instance . . . 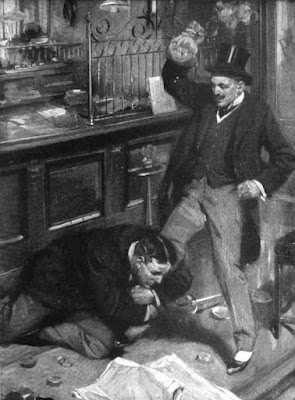 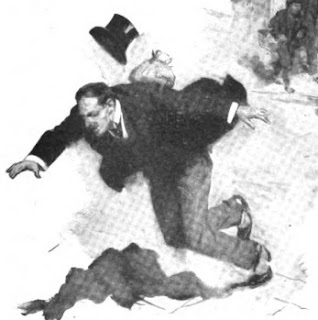 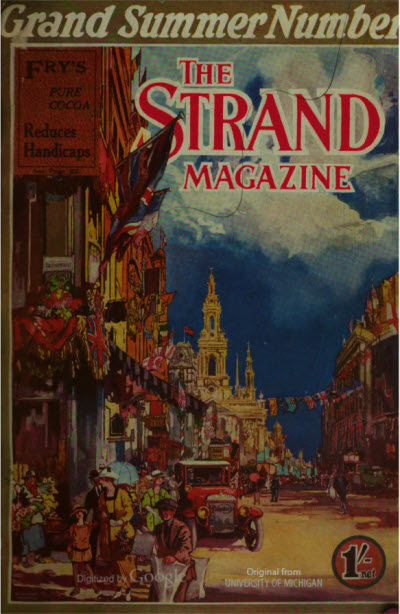 ". . . he was fresh from a sphere where the ethics of killing did not concern him."

Cool customers, these bank robbers, but they never reckoned on the power of love . . . 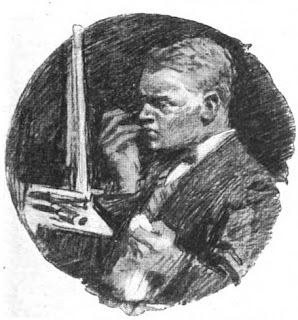 Resources:
- FictionMags's story listing indicates that over the course of sixteen years Harold Steevens published infrequently, starting with "The Attempt on St. Mary's Branch" and ending (as
far as can be determined) in 1928. 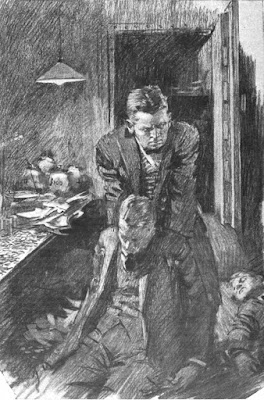 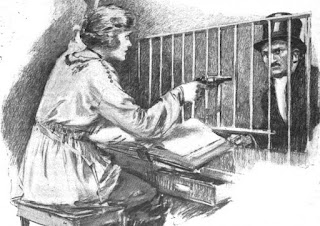 - It might be instructive to compare the tone of Steevens's first story about a bank job from pre-War 1912 with the second one from post-War 1919. 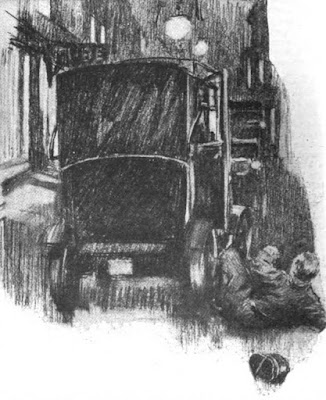 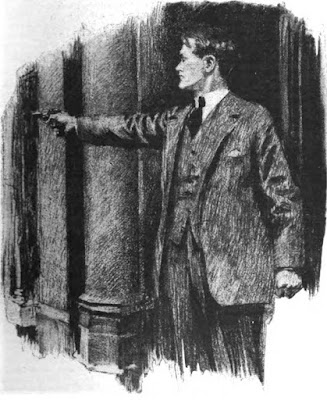 - In "The Service Revolver," mention is made of "the forged Bradbury"; see the Royal Bank of Scotland's article (HERE) for full details. 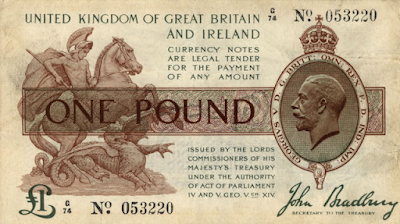