FictionMags INFORMS US that the short-lived P.S. magazine (three issues) was a "companion magazine to F&SF [Fantasy & Science Fiction] featuring non-fiction by
many of the same authors." The topic being focused on in most of this issue is crime
fiction as filtered through the private eye (P.I.) subgenre, written either by or about
old pros Ron Goulart, holding forth here about the origins and development of the
private eye; Ed Lacy about his career as a hardboiled P.I. author; James Thurber,
who fictionally gives us a zoological take on private eyes; and Rex Stout, who work-
ed his own revolution in the field with Nero Wolfe and Archie Goodwin. We've also
added some offsite links for those of you who, with or without a subscription to the
National Enquirer, might have enquiring minds. 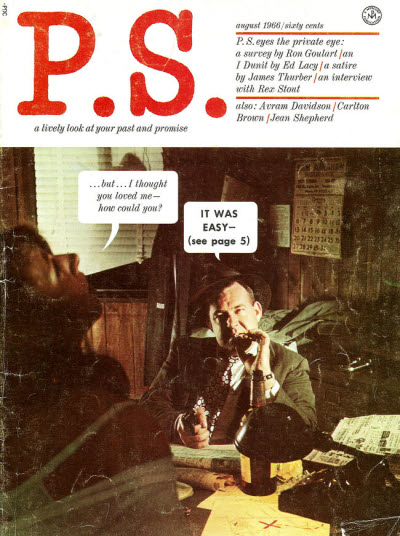 "The same things that bothered the heroes of Hemingway, Dos Passos and Fitzgerald began to unsettle the private detectives. And the Twenties' preoccupation with the
American language, the dissatisfaction with Victorian rhetoric and polite exposition
began to hit detective story writers."

"Our problems and preoccupations," writes Goulart, "have grown from the alleys and the mean streets of the 1920s."
Related: Wikipedia (HERE).

~ ~ ~
"You'd be astonished at the creative drive and skill needed to turn out formula stories." 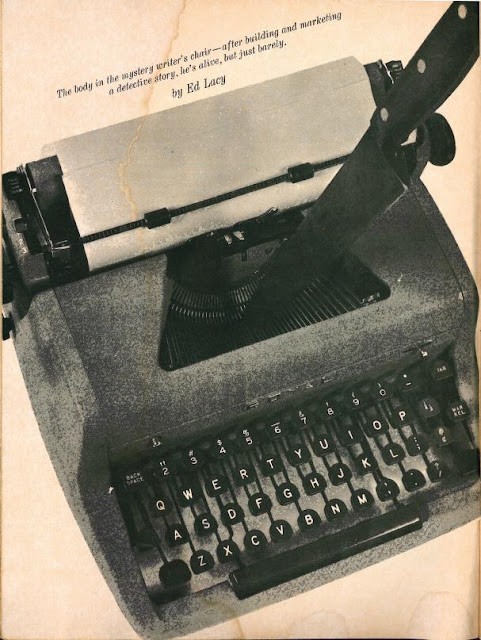 Writing as a career can be precarious, writes Lacy: "Money has always been an 'iffy' deal, as compared to the wage earner who can expect, with reasonable certainty, his Friday check. I approach my mail box each day as if entering a gambling casino." His mid-'60s assessment of the state of his art: "The mystery novel is presently at such a low tide that some publishers flatly refuse even to read a suspense manuscript today, except for spy yarns or Gothic tales.
. . . for the run of the mill writer, like myself, it's tough going."
Related: Wikipedia (HERE) - The GAD Wiki (HERE) - The Thrilling Detective (HERE). 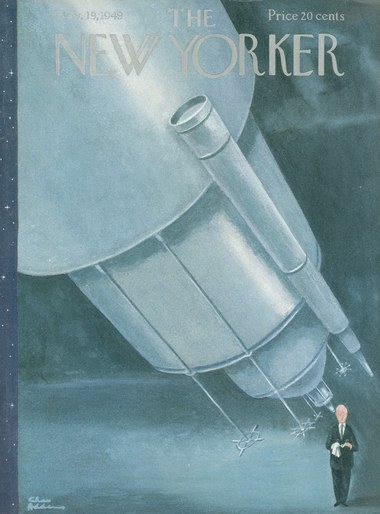 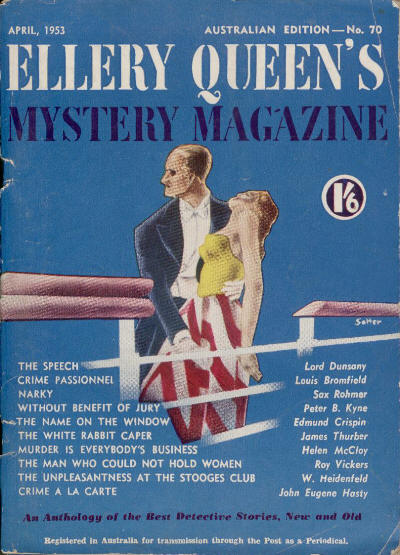 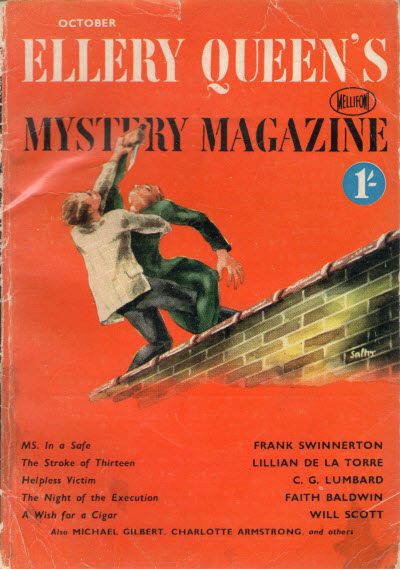 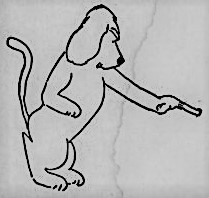 "As the boys who turn out the mystery programs on the air might write a story for children."
Related: Wikipedia (HERE) - Thurberhouse.org (HERE). 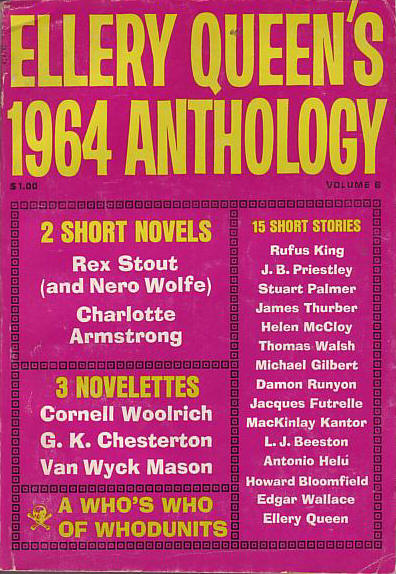 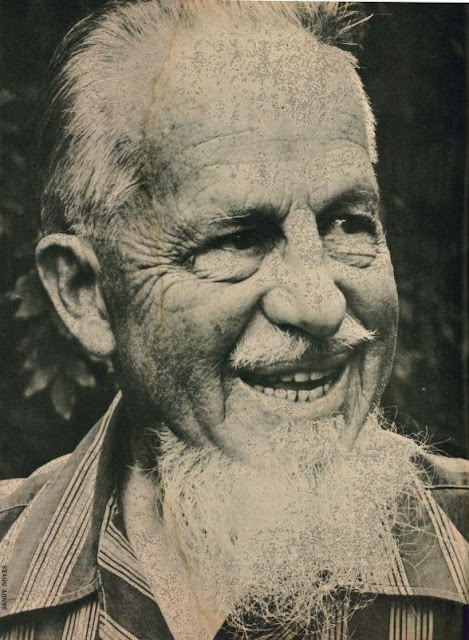