"But There Was Nobody There"

TODAY WE'RE FEATURING what is universally regarded as a classic, in the words of Ellery Queen, "the particular kind of 'miracle' problem which is perhaps the most fascinating gambit in detective fiction. All that and a 'locked room'"; it's also the first short work in which Sir Henry Merrivale (H.M. to all and sundry) appeared, after years of starring in Carter Dickson's novels. It seems that whenever "The House in Goblin Wood" gets mentioned anywhere, it's always with approval; Queen, writing over seventy years ago, said: "It is safe
to predict that 'The House in Goblin Wood' will become one of the anthological favorites of
all time."
As a bonus not to be missed, after the story EQ has added several pages of commentary [SPOILERS!] about "Goblin Wood" that should interest detective fiction aficionados. EQ opines that it is "not only typical John Dickson Carr-Carter Dickson but it is Carr-Dickson at the peak of his prowess [being] almost a complete manual of detective-story theory and practice . . . the perfect story to re-read, re-examine, and re-appraise." 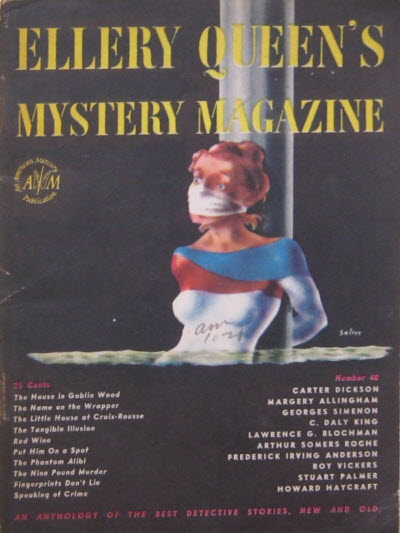 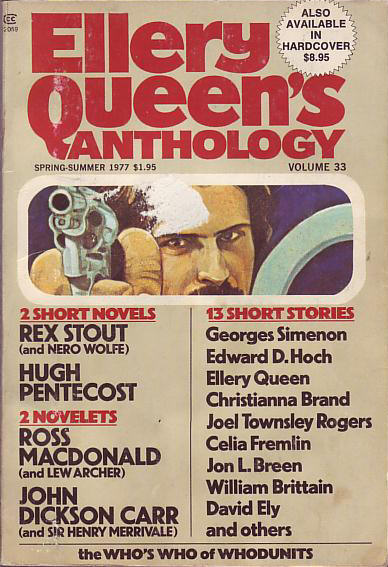 Collected in The Third Bullet and Other Stories (1954). 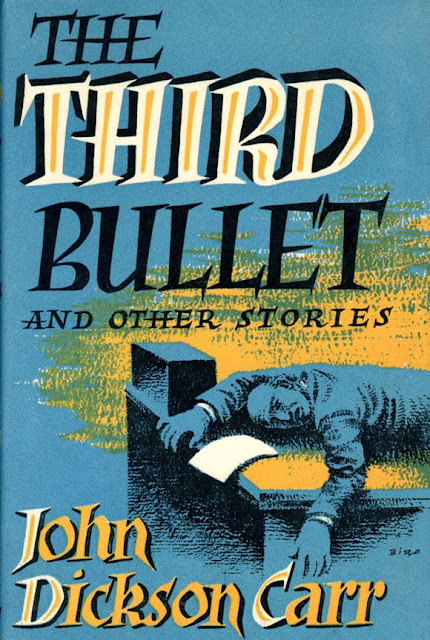 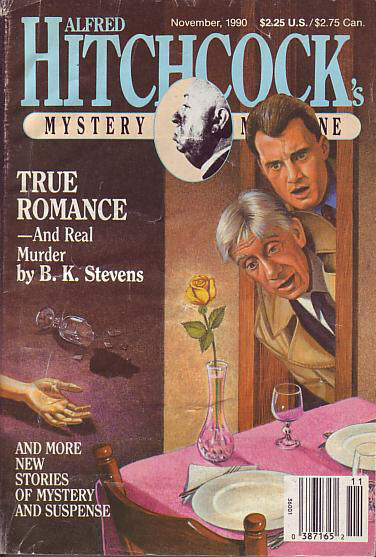 "They say it was one of the great mysteries, twenty years ago, that the police failed to solve."

In his time H.M. has lost more than a few things: his balance on a banana peel just recently and his temper on countless occasions; but this could be the first time he's ever lost an attractive young woman with a reputation for being "an elfin sprite" inside—believe it or
not—a locked and closely-watched cottage . . .

THE PLACE: London and Goblin Wood.
THE TIME: "that hot July afternoon three years before the war . . ."
THE CHARACTERS:
~ Vicky Adams:
"A little girl of twelve or thirteen, the child of very wealthy parents, disappeared one night out of a country cottage with all the doors and windows locked on the inside. A week later, while everybody was havin’ screaming hysterics, the child reappeared again: through the locks and bolts, tucked up in her bed as usual. And to this day nobody’s ever known what really happened."
~ Eve Drayton: 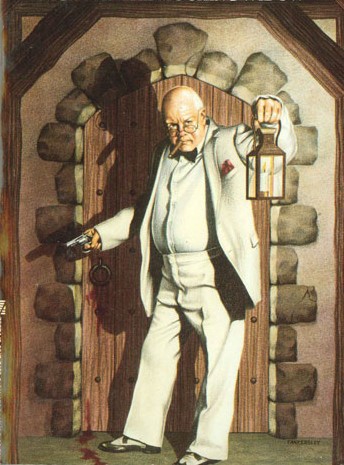 Resources:
- To judge from Dickson/Carr's FictionMags list, when it came to writing fiction, he saved most of his energy and clever ideas for novels.
- Our last contact with the works of John Dickson Carr featured his involvement with "The Adventure of the Sealed Room" (HERE), a Sherlock Holmes pastiche from the '50s.

The bottom line:
". . . detective-story writers are still held too lightly, especially by critics who have never tried to write one. But master craftsmen like John Dickson Carr, with the help of so many other unwept, unhonored, and unsung heroes of the genre, will ultimately raise the detective story to its just and proper position in literature, win for it the respect and honest admiration so long denied to one of the most difficult literary forms ever invented by the mind of man. . ."
— Ellery Queen 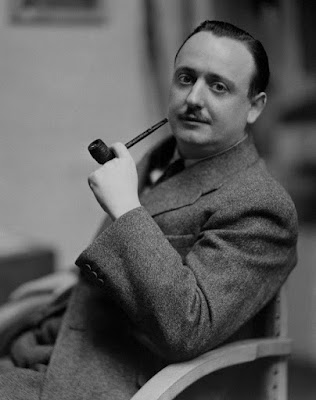