A Cursed Aristocrat, a Not-so-great Detective, and a Blackmailer in a Hurry

"No marquis of Abbercrombie, for three hundred years, has died in his bed." 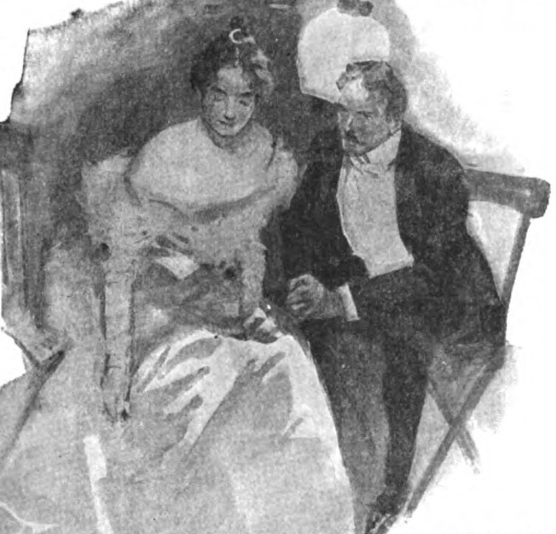 "I'll kill the man who comes between us, be he the Marquis or another."

A family curse, in this day and age? "Don't forget," Hartleigh assures young Phillips, "we're in the nineteenth century. Curses went out of date with ruffles and knee-breeches . . ."

Resources:
- No matter how you spell it, in England (HERE) a marquis is still very much a member of the aristocracy. 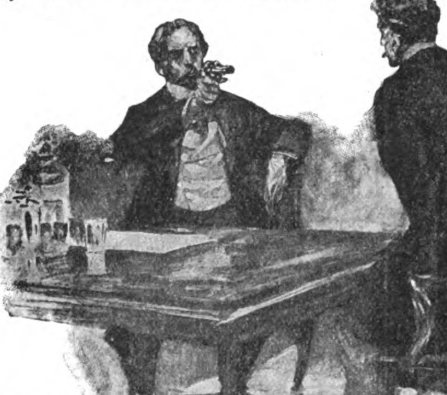 - It was just last Wednesday that we brushed against the bipartite author Huan Mee (HERE).

"This is no common fraud, it is no amateur business, but the work of a most expert criminal." 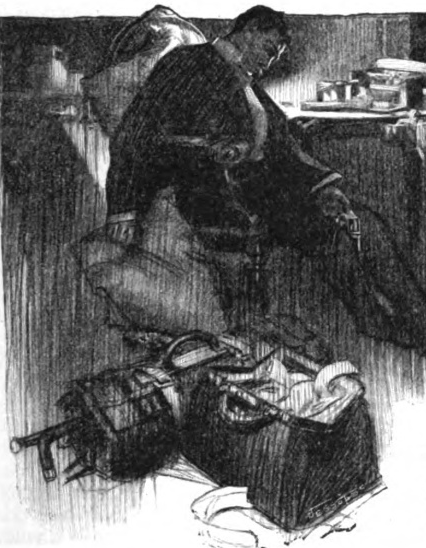 "You forget, monsieur, that a detective must of necessity also be a spy."

Lecoq gets reprised in "the genius of Paolo Serge, private investigator," a master of disguise, if nothing else . . . 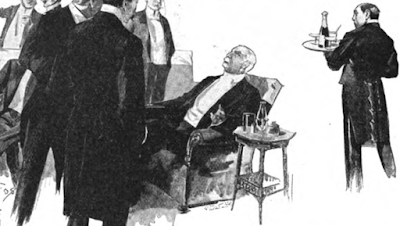 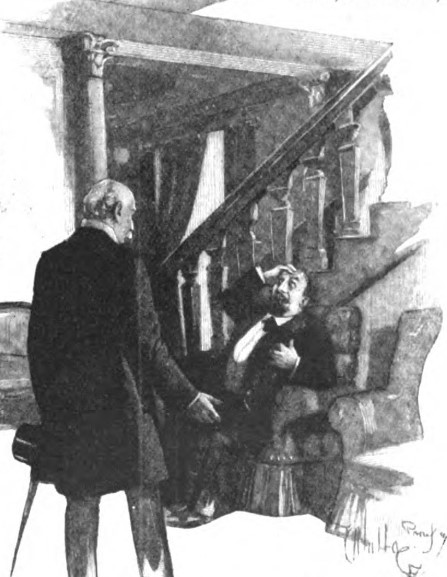 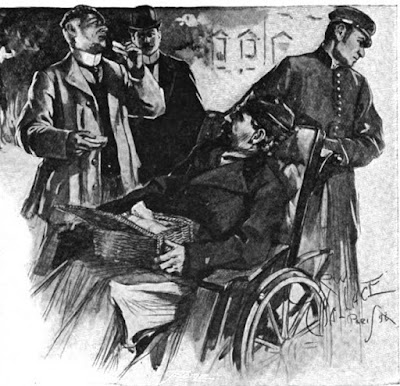 - At one point the author writes "Jean Crapaud had become John Bull" in regard to a transformation of appearance:
"Jean Crapaud, also Johnny Crappeau or Johnny Crappo, as defined by Webster's Online Dictionary, 'is a jocose name given to a Frenchman. It is intended as a national personification of the French people as a whole in
much the same sense as John Bull is to the English. It is sometimes used
as a literary device to refer to a typical Frenchman, usually in the form of Monsieur Jean Crapaud.'" — Wikipedia (HERE) 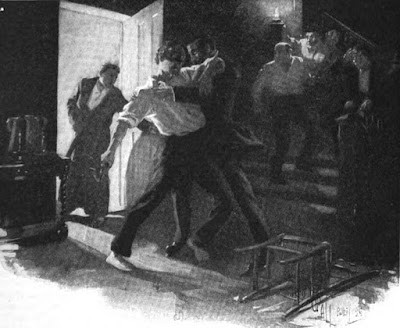 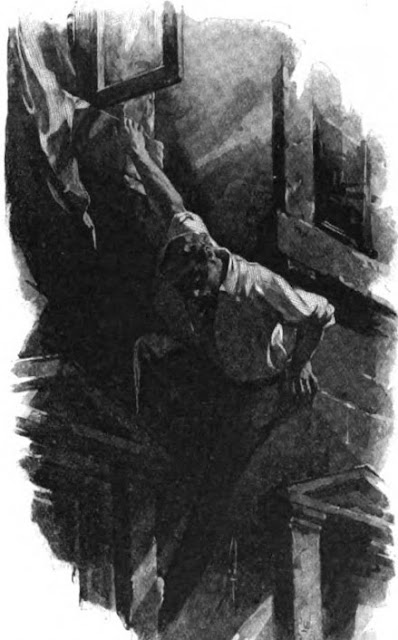 "John Bull is a national personification of the United Kingdom in general
and England in particular, especially in political cartoons and similar graphic works. He is usually depicted as a stout, middle-aged, country-dwelling, jolly, matter-of-fact man." — Wikipedia (HERE) 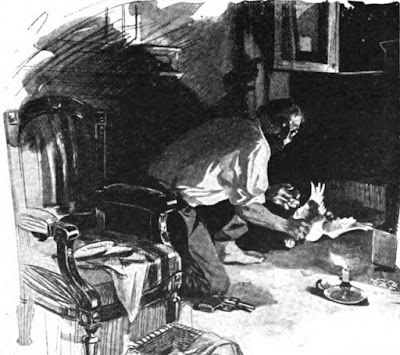 "If you are so foolish as to refuse payment, you will be murdered." 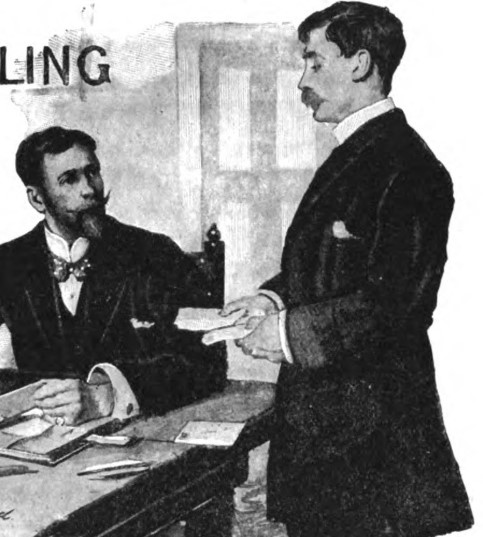 "They say most folks are unhappy, so we're doing good in helping some of 'em out of their misery."

True enough, haste does make waste—but in this case it costs lives . . . Comments: Even as recently as last week we noticed that crime fiction writers (especially in TV and films) have used the overheard confession on a recording device as an easy gimmick to resolve their plots; we have no idea, however, if this is the first one to do so. As for the solution, it's obvious that our author would never qualify as a Rival of Sherlock Holmes; a capable detective fiction author would have reorganized the last page to produce a more satisfying Big Reveal in the final few paragraphs. 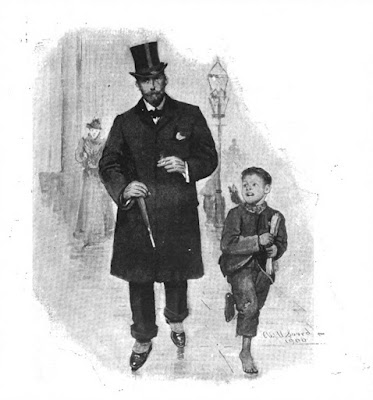 Resources:
- FictionMags tells us about Marvin Hill Dana: "Born in Cornwall, Connecticut; died in New York City. Graduated from Middlebury College, Sauveur School of Languages, law depart-ment of Union University, and General Theological Seminary in New York City; practiced law and then ordained and was pastor of St. John’s Episcopal Church in Stillwater, New York; later identified as an author; wrote poetry, novels and books on law, memory, arithmetic, language and etiquette"; Dana was involved in many of Victor L. Whitechurch's Thorpe
Hazell railway mysteries—see (HERE) for one of them. 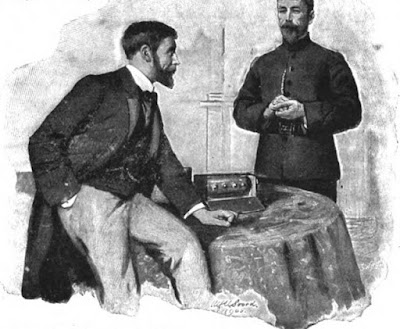