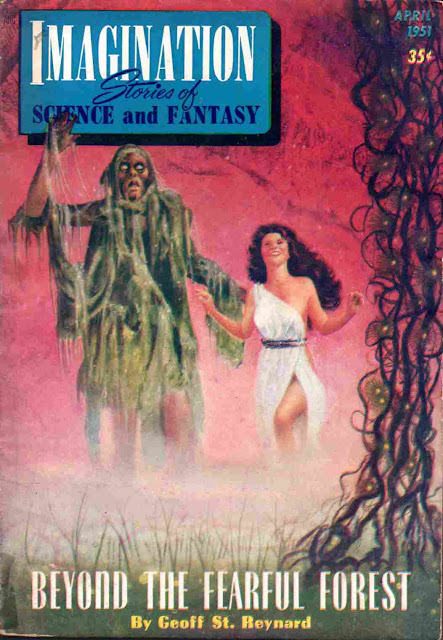 "As the greatest detective in the galaxy, Len Zitts could easily arrest the murderer. His main interest was in analyzing the weapon used!"

In the future, there's no shortage of murders, which means business is booming . . .

Those inhabiting the story:
~ Len Zitts:
"Seismographs all over the world register when Len Zitts launches himself in pursuit of a criminal, and the underworld trembles in despair."
~ Mrs. Elmer-Brown Jake-Smith:
"Very well. I shall prepare myself to endure whatever I must and view as many murders as necessary."
~ Miss Xuren Claustinkelwickwellopiandusselkuck ("Zoo"):
"In the twentieth century when bandits stalked the cities, when detectives were popping in and out of every second doorway in pursuit of murderers, and wiping off fingerprints in their wake, it is to be presumed that a man and his secretary undertook many things of a confiden-tial nature."
~ Pupsie:
"His species is almost extinct, but he's smart and he claims his ancestors pursued criminals thousands of years ago."

Comment: An over-the-top absurdist farce that you'll find either delightful or deplorable; Douglas Adams did this sort of thing effortlessly—and better.
Typo: Claustinkelwickwellpiandusselkuck 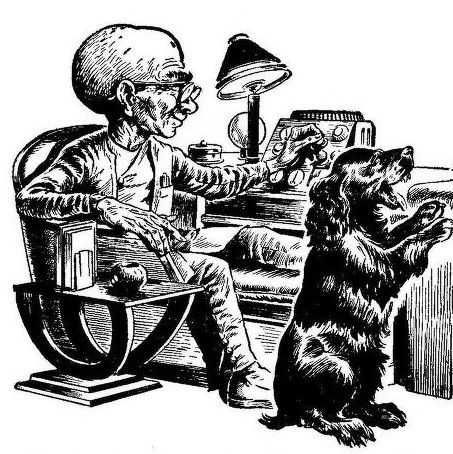 Resource:
- One thing's for sure: Whoever Hal Annas is or was (HERE), he had one weird sense of humor. 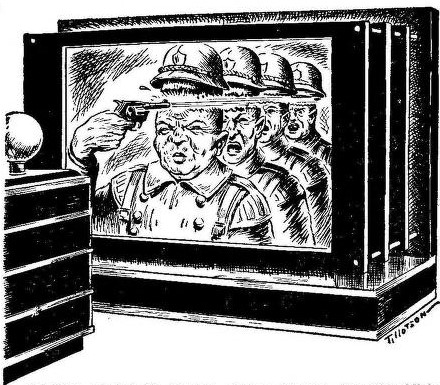