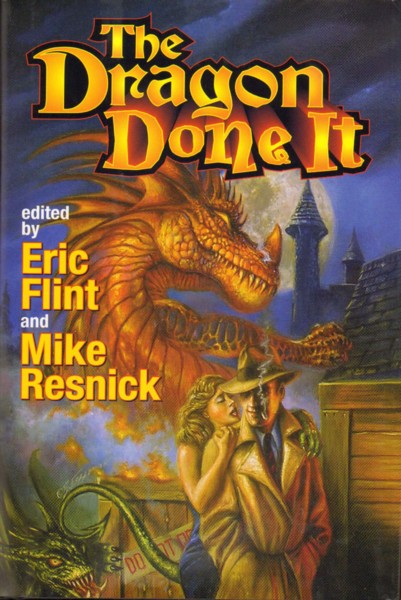 "This is the Manhattan that people in my Manhattan can sometimes see out of the corner of their eye, but when they turn to face it it's not there."

Circus performing team Macro, the ten-foot-tall giant, and Micro, "the Nineteen-Inch Dynamo," have a unique problem and come to Mallory and Carruthers for help. "Some
fiend has been making me shrink down to normal size," says Macro, "and me grow up
to it," says Micro, which will be ruinous to their careers in very short order. Who would
do such a pernicious thing?

As Mallory soon learns, because of Macro and Micro's extracurricular activities with every attractive female in sight, his suspect pool is very large indeed: "I think what you're telling
me is that if it works for the circus and has a wife or a girlfriend, it has a grudge against you,"
not forgetting "probably three or four million husbands wandering around Manhattan."

Winnifred, his .45 Magnum-toting female associate, convinces Mallory not to seek help from Grundy: "He's the most powerful demon on the East Coast—and in case it's slipped your mind, he's your mortal enemy! His last word was that he was going to disembowel you slowly and painfully." Instead, because of her big top connections, she and Mallory and Felina the catgirl head for the Ringling & Bailey Barnum Brothers Circus, to be confronted with a goblin, an elf, a troll and a leprechaun (bodyguards for a magician who isn't all that sure of his powers), as well as Circe, easily the most beautiful woman Mallory has ever seen ("She makes Sophia Loren look like a boy!"), astride a cantering centaur.

Eventually Mallory arrives at a solution resulting in "seventy-three long-stemmed roses, each with a scented thank-you note."

Comment: When she found herself trapped in Wonderland, little Alice was assured that
one can believe six impossible things before breakfast—which would be a piece of cake compared to what Mallory, our sleuth (and by extension, the reader), has to do to suspend
his disbelief. If over-the-top fantasy isn't your cup of tea, then this one's not for you—and forget about the cake.

Resources:
- This is our first encounter with Mike Resnick (on the weblog; we've been reading his stuff for years), but it probably won't be the last; the relevant information about Resnick is at Wikipedia (HERE), the SFE (HERE), and the ISFDb (HERE).
- The central character in a series of fantasy-hardboiled crime stories, John Justin Mallory (JJM) is a private eye who manages to get stuck in an alternate Manhattan; see The Thrilling Detective (HERE) for background on Mallory, the ISFDb for a list of the stories (HERE), and Wikipedia for a SPOILER-filled description of Stalking the Unicorn (1987; HERE), the first Mallory adventure detailing how he got stuck elsewhere in the first place. 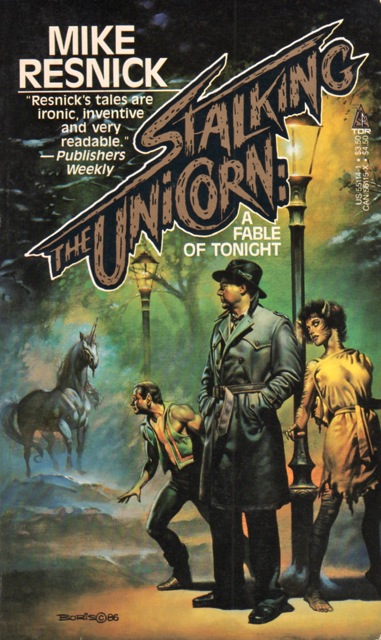 - As you can see from the ISFDb bibliography, Resnick followed up Unicorn with the novels Stalking the Vampire (2008) and Stalking the Dragon (2009), along with another book entitled Stalking the Zombie (2012), that one being a collection of shorts the contents of which evidently are a deep, dark secret; in the interim he produced some short fiction featuring
JJM in addition to "The Long and Short of It." 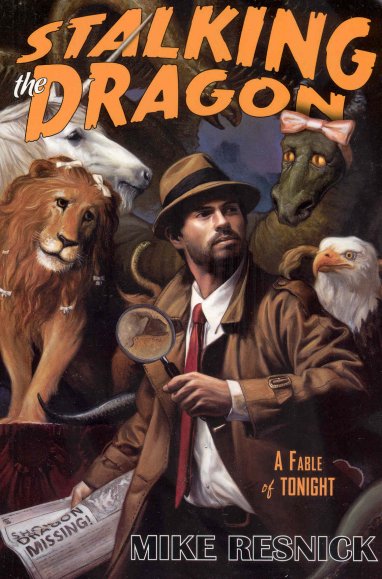 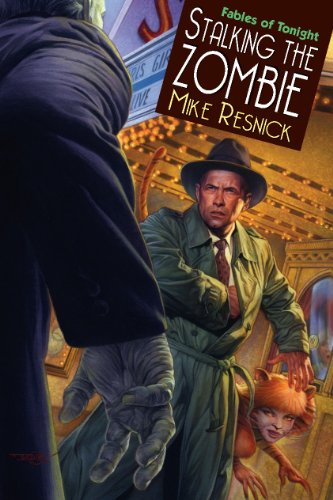 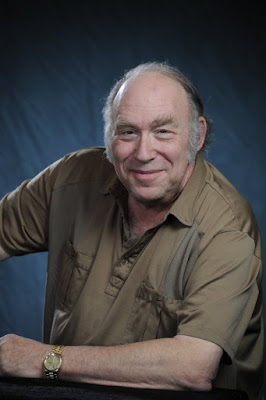