"The Audacity of the Thing Was Astounding, Yet the Completeness with Which It Had Succeeded Was Even More Astounding" 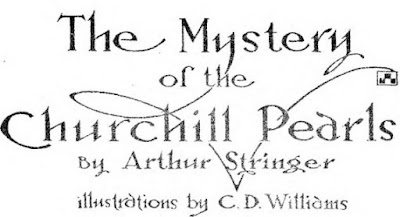 "Yet I was able to laugh a little as I put the magazine revolver down on the table; it had memories which were amusing."

A rainy night, a crowded theater, and around a beautiful young woman's neck . . .

". . . an extraordinarily large and vivid stone stood out in limpid ruddiness. It was a challenge to attention. It caught and held the eye. It stood there, just below where the hair billowed into its crown of Venetian gold, as semaphoric as a yardlamp to a night traveler. And I wondered, as I sat looking at it, what element beyond curiosity could coerce the man at my side into studying it so indolently and yet so intently."

All too soon it will become clear what that "element" is, leading to a wild chase through the rain-slick streets of Manhattan and culminating in an ironic finale. 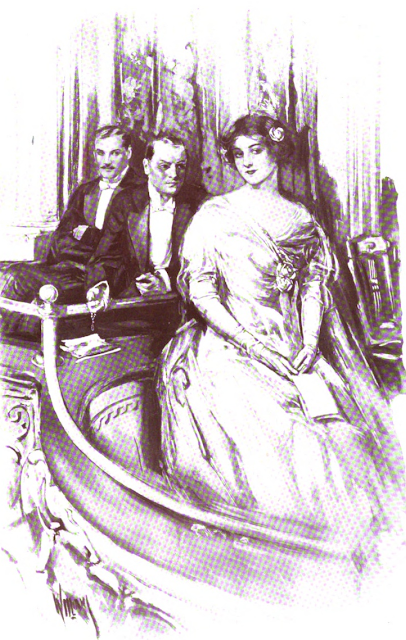 Comment: If nothing else our author's above-average descriptive prose succeeds in setting the scene and establishing mood better than many other crime fiction writers that we've encountered; Queenian it is in its attention to detail but, unlike EQ on occasion, without overdoing it.