"Would Vanity and His Love for the Game Be Strong Enough to Trick Him?" 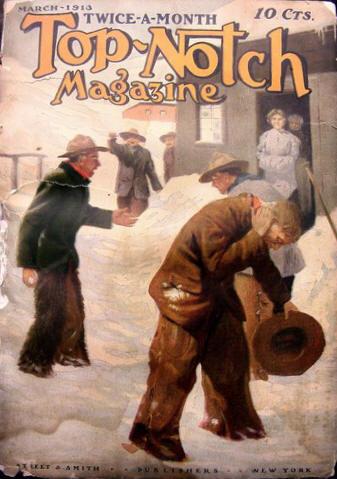 "If Father Morse heard that, he'd turn in his grave."

Comment: Because of its background, the unique way crime in stymied, and the integration of a popular board game into the plot, we're giving this one the first and probably only "Off-beat Story of the Week Award."

The players:
~ Operator Finnerty:
Not the best player in the world.
~ The man with the mask:
He really should focus more on his work.
~ Operator Bates:
When it comes to the game, he knows his onions.
~ . . . and a few other concerned bystanders.

Resources:
- Thanks to FictionMags, we do know that Francis Lovell Coombs specialized in boys' adventure stories, placing ten of them with Boys' Life in the teens and twenties, the appearance of "In the King Row" in Top-Notch therefore being an exception. Coombs
had already used some of the ideas in this story in one of his juvie novels, The Young Railroaders (1909): print version (HERE), audio version (HERE).
- If you're not familiar with the game that plays a crucial role in the story, see Wikipedia (HERE) and especially (HERE) to brush up on the rules.
- It was last Christmas Eve (HERE) that we featured another railway operator embroiled
in a desperate situation. 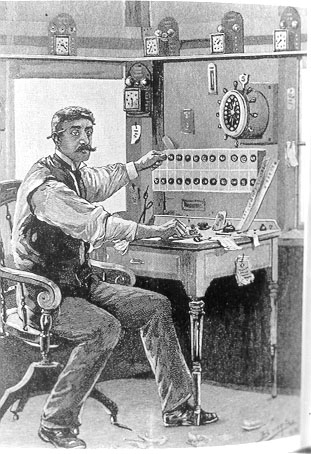