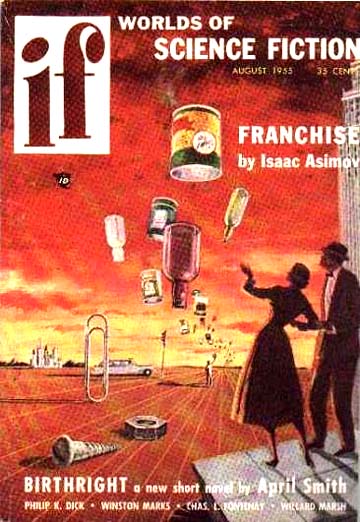 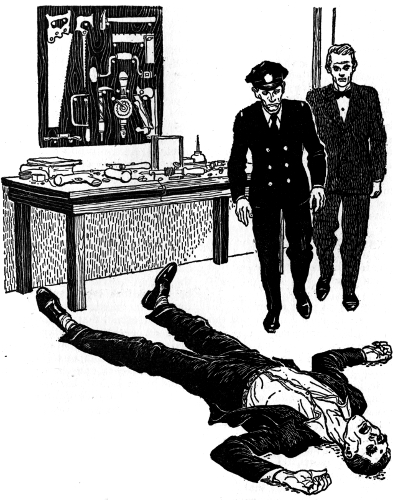 "It was just a harmless, though amazing, kid's toy that sold for less
than a dollar. Yet it plunged the entire nation into a nightmare of mys-
tery and chaos . . . ."

Weapons come in many varieties, from H-bombs to handguns to bare fists to tiny pills,
but at least you can understand and deal with them; Calvin's lethal laboratory surprise,
on the other hand, is, for all practical purposes, incomprehensible—and just might be unstoppable . . .

Characters:
~ Calvin Baxter:
"As I looked down at the sprawled length of the big man on the tiled floor, the Mutt and Jeff angle didn't fit at all. David and Goliath was a better bet. This Goliath seemed also to have met his fate from a hole in the forehead."
~ Leo Baxter:
"I was telling the truth when I said I didn't know what he was doing. I still don't understand
it, and I've been losing sleep over these formulae. . . .[but] whether I understand it or not, Calvin's gadget, happens to work."
~ Dr. Thorsen:
"All right, then what else but a flying particle could drill a hole in a man's forehead the diameter of a piece of 16-gauge wire?"
~ Gene, our narrator and a police detective:
"When Doc's x-rays revealed nothing but a blood clot deep in the brain at the end of the tiny tunnel piercing the skull, I was left without even a 'modus operandi,' let alone a substantial suspect."
~ Paul Riley:
"We've got to figure a way of getting those things out of the way."
~ Collins:
"Why not just shoot them back into wherever it is they go . . .?"
~ Chief Durstine:
"By the time we got him to the hospital this morning he was running a hundred and five. Docs were too busy with bleeders. Wouldn't listen to me until it was too late."

Resources:
- You can find more about Winston Kinney Marks in the online SFE (HERE) and the ISFDb (HERE).
- Wikipedia has articles dealing with other dimensions in literature (HERE) and science (HERE), and one by Sten Odenwald at Astronomy Cafe (HERE) discusses other science fictional encounters with hyperspace.
- A lot of electrons have flowed through the 'Net since we last considered Marks's "Slay-Ride" (HERE). 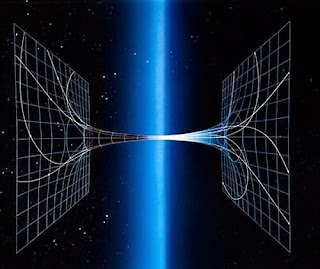