"There Are Limits, Of Course, Both to a Novelist's Imagination and a Clever Thief's Process of Invention"


"There was a hole with something horribly red and slimy oozing from it."

After a man is murdered and eight thousand pounds of bullion, along with the killer, vanish from a train that never goes below fifty miles per hour, there seems to be no possible way it could have been done—but a smart detective, playing a long shot ("the most amazing piece of luck I have ever had"), nets, you could say, the guilty bird before he takes wing . . .

Characters:
~ Mr. George Skidmore:
". . . of the Imperial Bank, had his share of ordinary courage, but he had an imagination, too, and he particularly disliked these periodical trips to branch banks, in convoy, so to speak. He took no risks."
~ Catesby:
"Two of the carriages in the coach are quite full, as you see, and the other two are reserved. As a matter of fact, my lord, we are taking a body down to Lydmouth. Gentleman who is going to be buried there. And the other carriage is for the Imperial Bank of Scotland. Cashier going up north with specie, you understand."
~ Joseph Bianca:
". . . a matter the most inexplicable. I gave him up. From the very first I gave him up. If the guard Catesby was not the guilty person, then I admit I have no theory."
~ "a laborer in a roadside public house":
"Thousands and thousands of duck and teel and widgeon they catches at this time of year. There's miles of nets along the road—great big nets like fowl runs."
~ Inspector Merrick:
". . . he was after what looked like a million to one chance. But then Merrick was a detective with an imagination, which was one of the reasons why he had been appointed to the job. It was essentially a case for the theoretical man. It baffled all the established rules of the game." 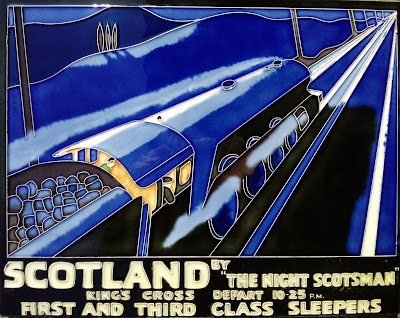 Resources:
- The sensational Percy Lefroy Mapleton railway murder case of 1881 (HERE and HERE) gets a mention in our story. (Note: As far as we can determine, the town of Lydmouth is an invention of the author; there is, however, a Lynmouth in the same general vicinity.)
- There's more than just a passing resemblance between this railway crime and the Great Gold Robbery of 1855; see Wikipedia for more background on the actual event (HERE) and the 1978 film made about it (HERE; SPOILERS). 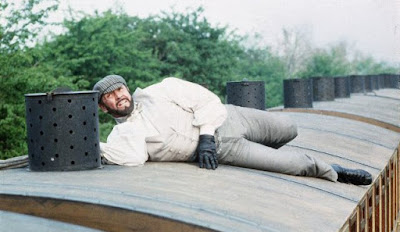 - It has been well over a year since we last encountered Fred Merrick (just like the Inspector!) White with his story about a multi-talented policeman (HERE). 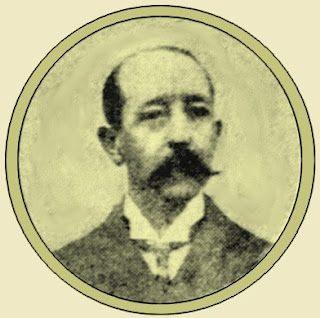