F. SCOTT FITZGERALD is justly famous for The Great Gatsby (1925) and his other stories of the Jazz Age, but few know that he also wrote fantasies such as "The Curious Case of Benjamin Button" (online HERE) and even some crime fiction; indeed, his first published story, dealing with murder, is the one we've featured below: 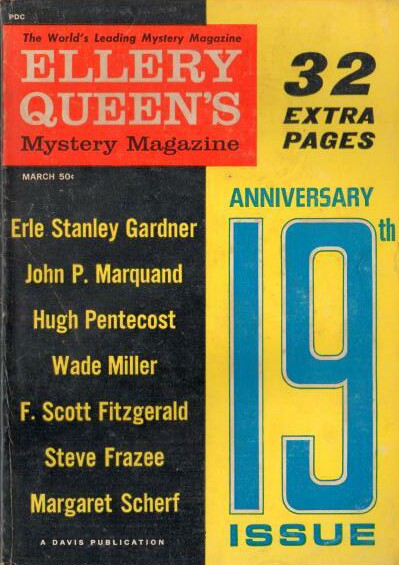 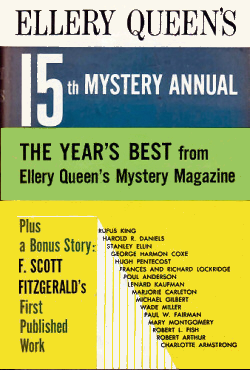 Resources:
- It's hard not to find information about Francis Scott Key Fitzgerald on the Interweb: Wikipedia (HERE) and (HERE), the ISFDb (HERE), and the IMDb (HERE).
- Bob Gay at Famous (and Forgotten) Fiction does a good job of characterizing our story:
"Scott was only 13 years old at the time of its writing and the fledgling
effort shows the influence of the popular mystery writers of the time,
including Doyle and Poe. The story itself contains some of the stylistic
traits that Fitzgerald would use in his later writings, but, although the
work shows youthful enthusiasm, and a good premise, the tale itself
is a mere curiosity due to numerous plot holes and the inconclusiveness
of the ending—reading in many ways like the rough outline for a longer
work." 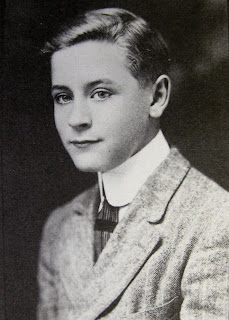