"My Feeling Is That, For Film Audiences, Audiences Scattered the World Over, It Is Not Sufficient Merely to Bring on Sherlock Holmes and Show Him at Work" 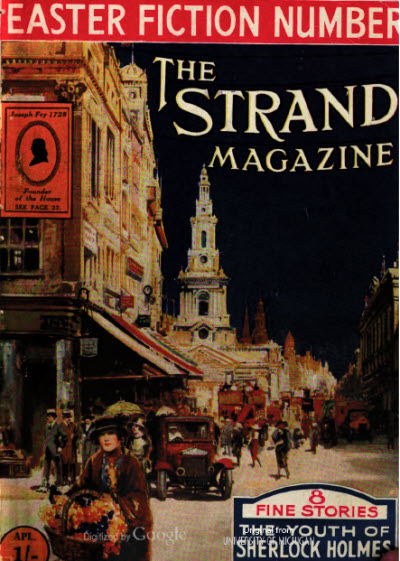 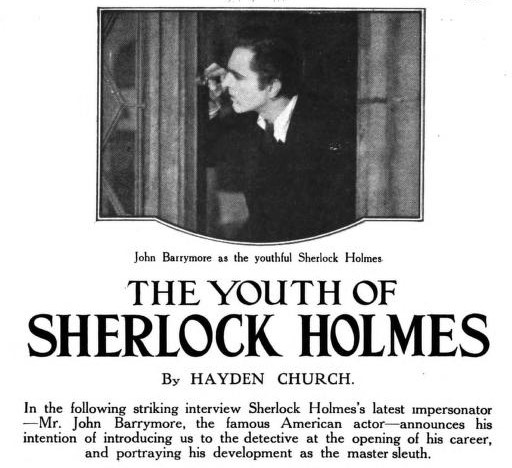 A few excerpts:
"In a specially-written prologue they [the authors] have projected Sherlock Holmes back into the days of his youth, days of which the detective's creator has told us next to nothing . . ."
"We are thus to see Sir Arthur Conan Doyle's detective as a young student
of a dreamy, indeterminate, half-poetic type, as yet undecided as to what his vocation in life will be."

"We didn't make any pictures in Baker Street. We discovered to our sorrow that, with so many of its houses replaced by shops and its very modern
motor-buses, the Baker Steet of to-day no longer suggests the Baker Street
of Sherlock Homes's time. Of all London's streets Gower Street seems to me most to suggest the Baker Street of the Adventures . . ." 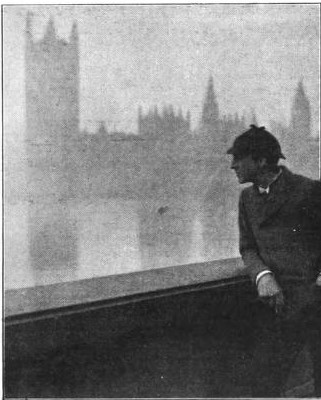 "Our film, too, will bring out the romantic side of Holmes."
"But he didn't have one."
"But this is Sherlock Holmes as William Gillette depicted him, and Gillette, you will remember, had Sir Arthur Conan Doyle's permission to marry Holmes or kill him or do anything he liked with him. We merely avail ourselves rather more generously of that permission." 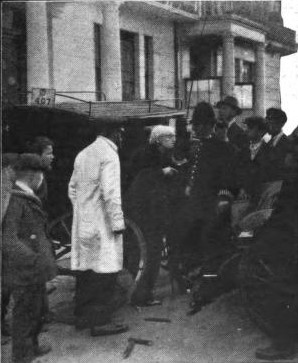 "It is interesting to compare Dupin with Sherlock Holmes, and to realize why the one is a mere lay figure and the other a living, breathing human being."

"And so, with the natural gauntness of his countenance emphasized by the make-up, stood revealed as the flesh-and-blood replica of the celebrated detective of Sir Arthur Conan Doyle's imagination as first pictured in the famous Strand illustrations of the late Sidney Paget." 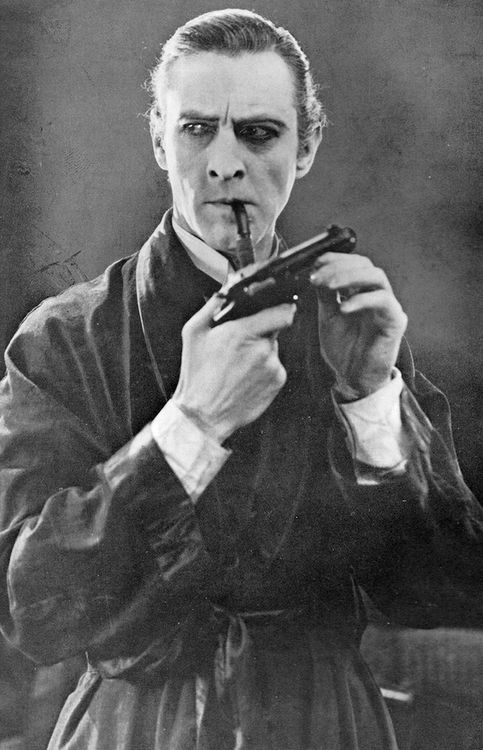 Resources:
- You can find out more about John Barrymore and this film, which was once thought to be "lost," in Wikipedia (HERE) and (HERE).
- Tim Prasil discusses this particular Sherlock movie (HERE) and a bunch of other Holmes flicks (HERE). 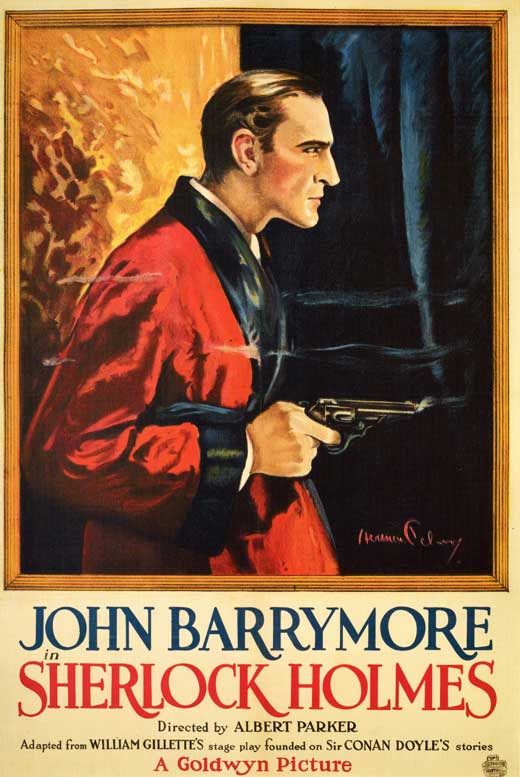