"He Had Never Had Any Ideas About Being a Detective, and He Viewed the Prospect of Trying to Become One Now with No Great Enthusiasm" 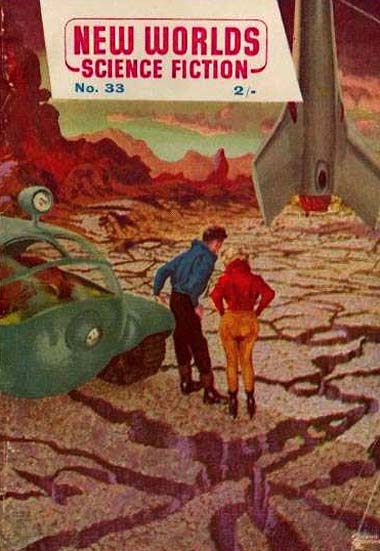 "He stalked across the cabin and went out. Twenty-four hours later he was dead."

Losing a good friend in a spaceship crash is certainly a traumatic event, but is it enough to push the Jason's engineer to commit murder?

The crew of the Jason:
~ Bill Summers:
"The next step is to pick out the real killer."
~ Hal Peters:
"I don't understand it. They can't be mine."
~ Roger Hill:
"You can't really convict a man of murder just because he's the most likely suspect."
~ Pat Curtis:
"You don't mean to say you're going to let him run around loose in that condition. Damn it all, man, it would be asking for trouble. We'll be mad, not him, if we don't lock him up."
~ Karl Grundig:
"I guess the body has been sent out into space."
~ Tony Fallon:
"Why on earth did he bother to get rid of the body and leave the knife behind?"

Comment: We remember another story in which a starship's engineer was also suspected of murder (HERE).
Typo: "guage" [twice]. 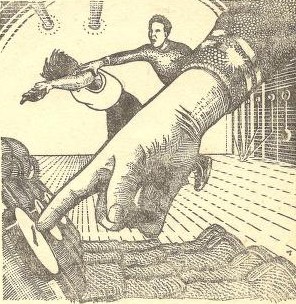 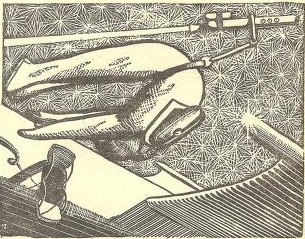 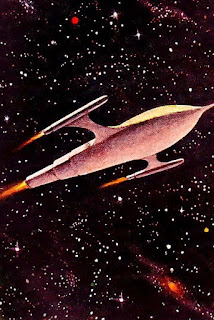