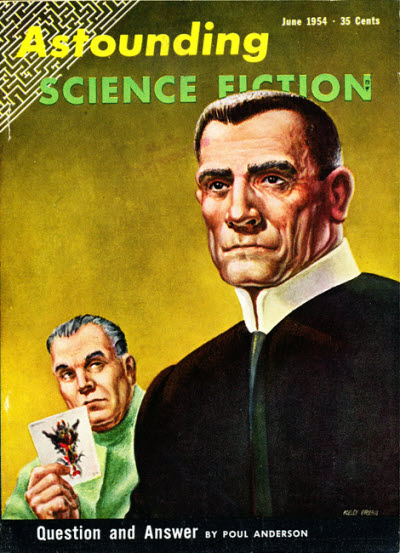 "The autopsy report shows the guy was so full of lead it must have taken four men to carry him on a stretcher out of his shack."

Is a man or a Martian responsible for these crimes? While somebody, referred to in the
press as the Lone Bandit, is knocking over banks with the greatest of ease, a large cast
of characters struggles to cope with that mind-boggling, whiz-bang piece of technology
the Bandit is using to make his "withdrawals"; in the final analysis, it's the kind of
conundrum only a kid addicted to TV space operas could solve . . . 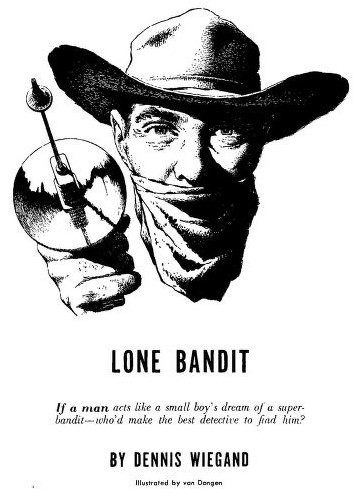