"Of Course It Was Foul Play, but How Executed, Heaven Only Knows" 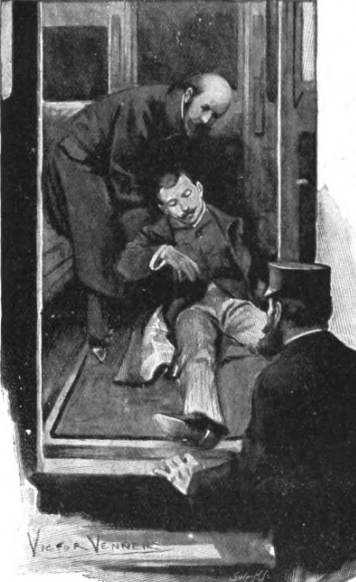 "As a rule she was very quick in all her movements; her mind, on occasions like the present, seemed to work like a flash."

A young man who has been entrusted with incredibly valuable jewels (are there any other kind?) emerges from a drugged sleep aboard the Dover to London express to find they've vanished, and with them in all likelihood his job and an impending marriage; clearly, he's going to need some help . . .

Characters:
~ Frank Kaye:
"I found my young friend stretched on a sofa at the further end of a large room. His face was white, and his whole appearance ghastly. He was breathing heavily, and although a faint smile crossed his lips when he saw me, I perceived that he was still under the influence of some narcotic—what, I could not possibly define."
~ Dr. Lonsdale (narrator):
"I had just time to realise my hideous danger, for I was hanging on by one hand to the rail, preparatory to swinging myself into the carriage, when he saw me, dashed at me with arms outstretched, and tried to hurl me back on to the lines. There was one terrific blow . . ."
~ Violet Fortescue:
"A woman? But no other woman ought to help Frank but me."
~ Mrs. Fortescue:
"An elderly lady hurried from one of the doorways leading into the hall."
~ Florence Cusack:
"I know nothing with regard to this individual case, but cases of a similar nature have lately taken place on the Continent, and I have little doubt that they are the work of the same gang, or the same individual. The fact is, they have been puzzling the Paris Prefect of Police for months. This case freshens the scent of the trail which I have already alluded to, and I may
as well say plainly that I am languishing for something to do."

Comments: Echoes of "The Naval Treaty." Our authors completely forget their central sleuth and bring in another, far more amateurish one who bumbles his way to the solution; sloppy, very sloppy. 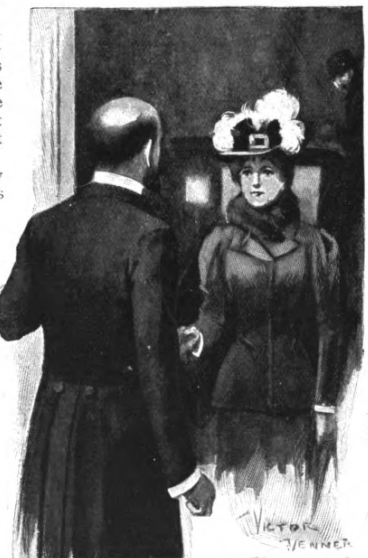 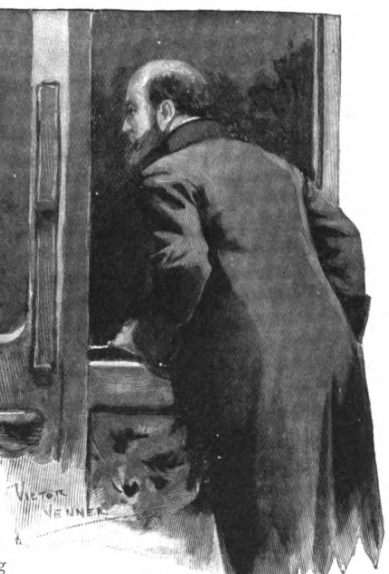 - We previously featured Meade and Eustace's "The Arrest of Captain Vandaleur" (HERE). 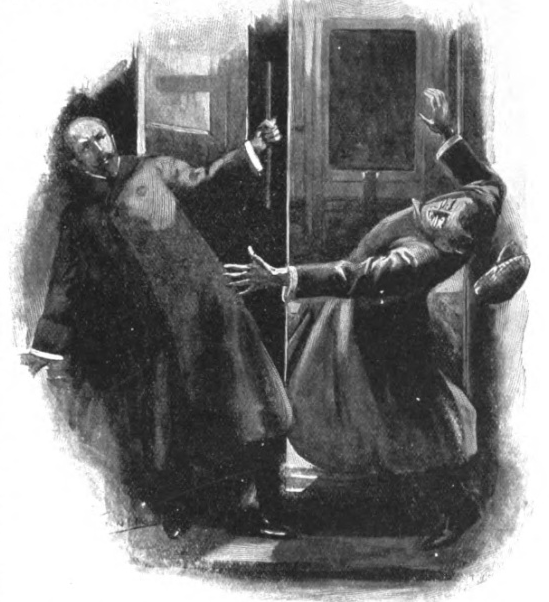