True Crime Roundup (With a Ghost Story Tossed In)


"You may labor under the naïve delusion that if you, yourself, are ever discovered some morning with a knife in your back, a vast, inexorable machinery will automatically start tracking your murderer down. But that machinery will prove more dependable if you can manage to be killed in a metropolitan area, and preferably at a good address."

WITHOUT DOUBT Alexander Woollcott knew how to write entertainingly about almost any subject, and that includes true crime; what really elevates these brief articles is the accomplished narrative skills which Woollcott is able to marshal. Among them you'll find
an unsolved crime involving a minister, the most famous kidnapping case in history, the inspiration for a classic film noir, and another as the inspiration for the novel that, in Woollcott's words, "brought into this world one of the most irritating detectives in the
whole library of criminous fiction." (Note: We've also included links to more prosaic
accounts of these crimes, but we recommend reading Woollcott's versions first.)

"ON A Saturday morning in September 1922, the Rev. Edward W. Hall, a lusty and handsome bucko who, for two anxious nights, had been missing from the comfortable rectory of the Protestant Episcopal Church of St. John the Evangelist in New Brunswick, was found dead under a crabapple tree on an unusually abandoned farm which lies on the outskirts of that Jersey town. A clear case of murder most foul, it will always command a place in the archives of those of us who, as spectators, sit forward in our seats whenever such an irruption of violence turns into melodrama the comedy of a seemingly hum-drum life. . ."

Related: Wikipedia (HERE) - Mary S. Hartman (HERE) - Crime Library (HERE).
[Note: "In her book Careless People: Murder, Mayhem and the Invention of 'The Great Gatsby' (2013), Sarah Churchwell speculates that parts of the ending of The Great Gatsby (1925) by F. Scott Fitzgerald were based on the Hall-Mills Case. Based on her forensic
search for clues, she asserts that the two victims in the Hall-Mills murder case inspired
the characters who were murdered in The Great Gatsby." — Wikipedia] 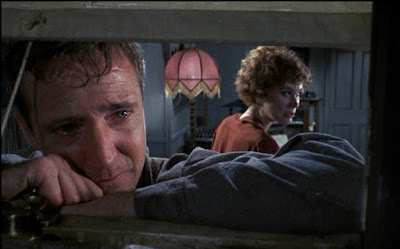 ". . . every home in this country—every mansion, every shanty—felt that it, too, had been violated when, five years later, on the second morning of March 1932, America learned at breakfast of the monstrous horror which had visited the recluse Lindbergh household at Hopewell in New Jersey. . ."

Related: Wikipedia (HERE) and (HERE) - FBI (HERE).
[Note: "1934: Agatha Christie was inspired by circumstances of the case when she described the kidnapping of baby girl Daisy Armstrong in her Hercule Poirot novel
Murder on the Orient Express." — Wikipedia] 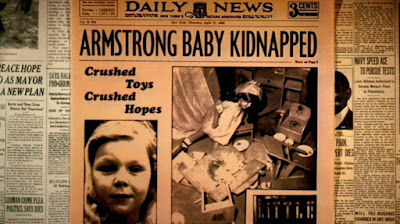 "On January 12, 1928, while a delegate from a New York tabloid was achieving with a hidden ankle camera what, in Sing Sing at least, would
be the last news photo of an electrocution, a blonde and buxom matron
named Ruth Brown Snyder was exterminated by the community for the
murder of her husband. . ."

Related: Wikipedia (HERE) - The People's Almanac (Part 1 HERE; Part 2 HERE; Part 3 HERE).
[Note: "The case was the inspiration for the novel Double Indemnity (1943) by James M. Cain, which was later adapted for the screen (1944) by Billy Wilder and Raymond Chandler. Cain also mentioned that his book The Postman Always Rings Twice (1934) took inspiration from the crime." — Wikipedia] 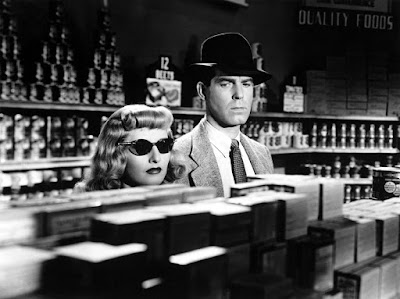 "In a sense which would have delighted Sherlock Holmes, the Elwell murder was marked by a set of extremely prominent teeth. You may remember the mystery in which Holmes called the attention of the Scotland Yard inspector to the curious incident of the dog in the night-time.
"'But,' said the obliging inspector, 'the dog did nothing in the nighttime.'
"'That,' said Holmes, 'was the curious incident.'
"In the murder of Joseph B. Elwell, his false teeth provided a similarly curious incident. In fact they were so conspicuous by their absence that they became important evidence in the case. . ."

Related: Wikipedia (HERE), (HERE), (HERE), and (HERE) (the latter two for the Stanford White and Ely Culbertson references).
[Note: "This classic 'locked room murder' was the inspiration for S. S. Van Dine's mystery novel The Benson Murder Case (1926), which introduced his famous fictional detective Philo Vance. According to a review by Kirkus Reviews, Jonathan Goodman's 1987 book The Slay-ing of Joseph Bowne Elwell fails in its attempted resolution. 'Goodman's conclusion can only remain a supposition in a case that is still important largely as the seedbed for the detective novels of both S. S. Van Dine and Ellery Queen, who realized that the popular taste for such urban mysteries could be tapped in fiction.'" — Wikipedia] 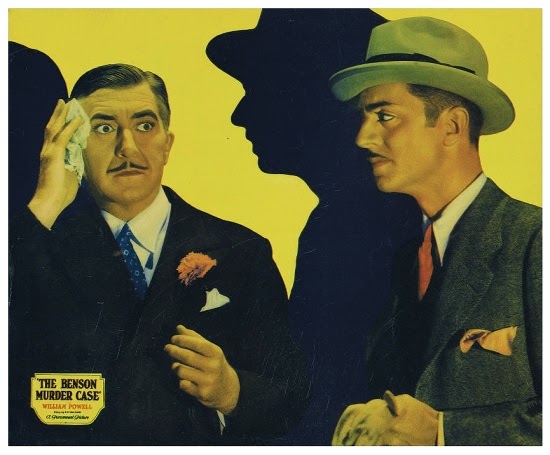 "On the morning of June 22, 1920, Carl Oscar Wanderer awoke to find himself famous. After serving overseas as lieutenant in a machine-gun battalion, this young hero had returned to Chicago, gone to work in his father’s butcher-shop, married his pre-war sweetheart and regretfully
settled down to a humdrum existence. Yet here were the newspapers
crackling with the details of a melodrama of which Wanderer was the
central figure. . ." 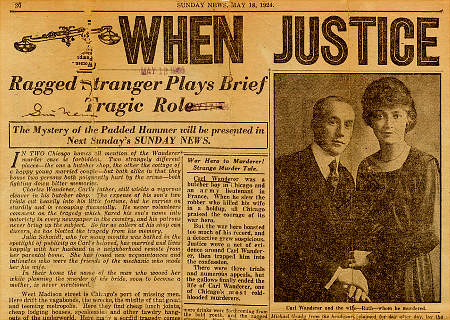 ". . . the Archer-Shee case is a short, sharp, illuminating chapter in the long history of human liberty, and a study of it might, it seems to me, stiffen the purpose of all those who in our own day are freshly resolved that that liberty shall not perish from the earth. . ."

"THIS is a timeless and anonymous anecdote—a ghost story—the shortest, I should think, of all ghost stories. . ." 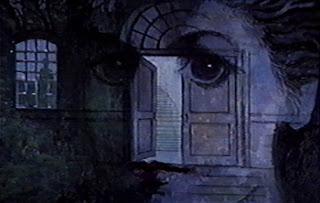 "IN APRIL 1877—on Friday the thirteenth—an unfortunate young woman named Harriet Staunton died in the town of Penge in Kent. . ." 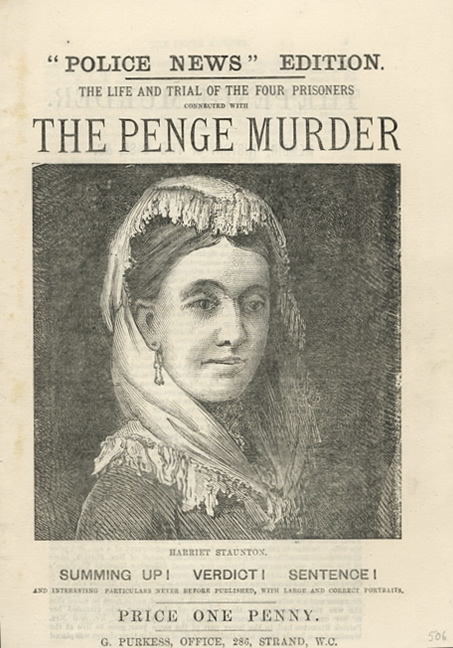 Resources:
- Although he could never be considered America's answer to G. K. Chesterton, much less Oscar Wilde (he wasn't that sharp), in his day Alexander Humphreys Woollcott enjoyed a wide audience, and some of his writings would be resuscitated for The Saint Magazine, EQMM, the Nero Wolfe Mystery Magazine, and the Rex Stout Mystery Magazine [FictionMags data]; see Wikipedia (HERE) as well as Brainyquote (HERE) for samples of his wit and wis-dom.
- Woollcott's 1929 New Yorker article, "The Vanishing Lady," not only saw reprintings in Rex Stout (1946) and The Saint (1956), but was also performed for the Escape radio series (1948) and closely adapted for the Alfred Hitchcock Presents TV program as "Into Thin Air" (1955); see the SPOILERific bare.bones e-zine article by Jack Seabrook (HERE). 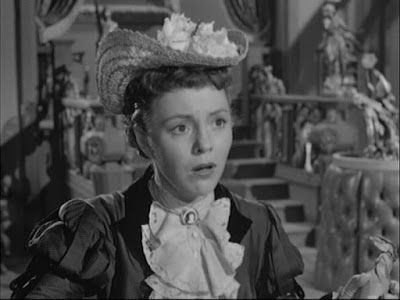 - Several years ago we highlighted Woollcott as a theater critic (HERE). 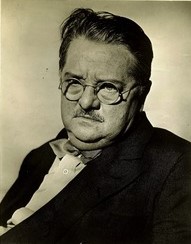