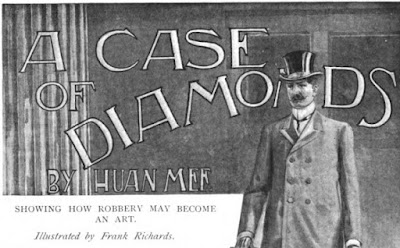 ". . . they're a nice little haul, not so big as some things we've had it's true, but little fish are remarkably sweet, and they ought to be easier to land than the salmon of Bond Street."

Whether you're going fishing or planning to pull off the perfect robbery, the rules are pretty much the same, especially the one about using the proper lure . . . 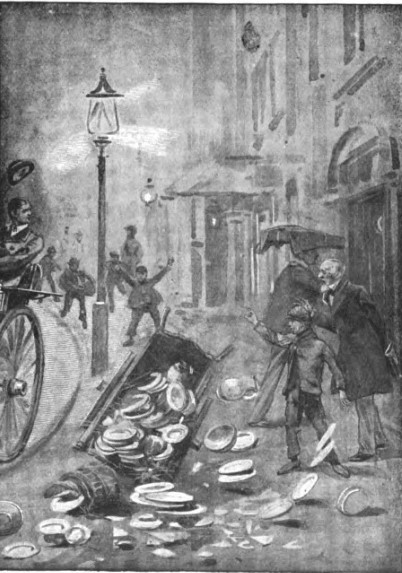 Those concerned:
~ Caleb Winter:
". . . a rather curious old man, with greyish beard and thick, bushy eyebrows, whose
sole amusement was reading."
~ Harry Newbold:
"He was a tall, dark, good-looking fellow, stylishly dressed in the latest frock-coat,
grey trousers, and a very glossy silk hat. He was evidently waiting for some one, for
he constantly consulted his watch . . ."
~ Ted Radnor:
"He was short, and inclined to be sandy. His appearance was distinctly horsey, not
only in the cut of his clothes, but in his general style . . ."

Resources:
- FictionMags informs us that the only series character generated by our bicameral author "Huan Mee" was Aide Lerestelle (billed as "A Diplomatic Woman"), star of a half-dozen adventures published in Cassell's in 1899. The collected stories are on Project Gutenberg (HERE). 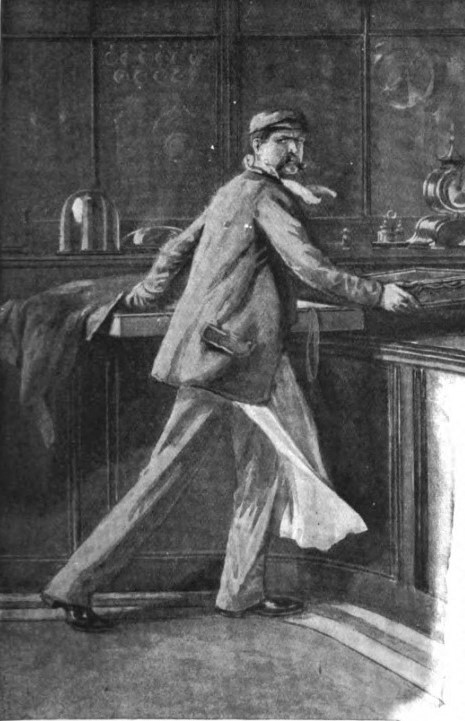 - Steve at Bear Alley has an article about Charles H. Mansfield (HERE):
"Mansfield said that he felt 'thoroughly at home' writing detective tales, often written in collaboration with his younger brother, Walter, under the
pen-name Huan Mee. The two collaborated on short stories (for Everybody's, Pearson's, Penny Pictorial and various other magazines) and novels. Charles was also a poet, his verse appearing in The Red Magazine." 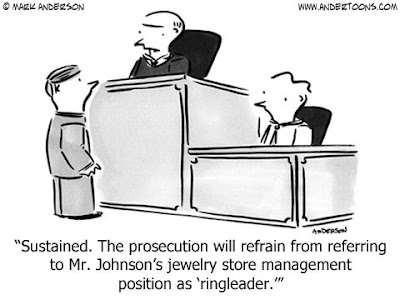